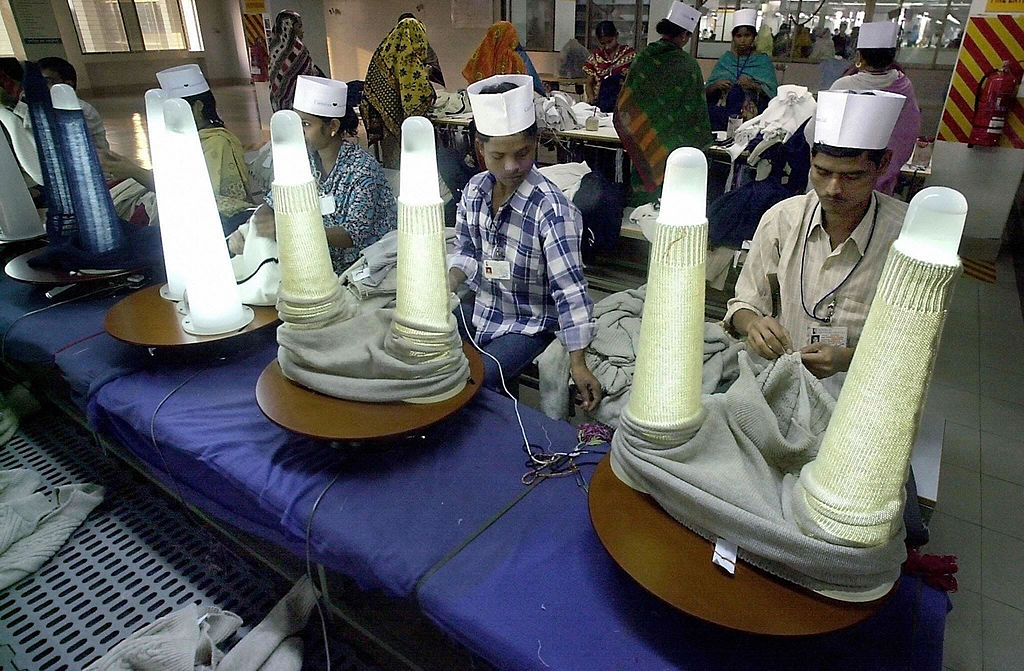 FILE PHOTO: Bangladeshi workers do a final check of sweaters at a textile factory in Ashulia, on the outskirts of Dhaka. (JEWEL SAMAD/AFP via Getty Images)

The coronavirus outbreak has affected virtually all aspects of the economy, including the fashion industry, which has been grappling with how to pay for supply orders from garment makers.

The garment makers in Bangladesh are being laid off in massive numbers after $3 billion in orders have been either canceled or put on hold.

Some retailers have agreed to pay what they owe, but many have not.

The Bangladesh Garment Manufacturers and Exporters Association (BGMEA) released the data on Monday (March 30) on orders already made or in the works.

Bangladesh is the world’s second biggest clothing exporter after China.

The canceled orders are in the tens of millions, and include Inditex, C&A, Primark and Marks & Spencer. Labor groups and manufacturers in the country have been asking major retailers to adhere to their commitments.

Most businesses in Bangladesh have recently been asked to close during the pandemic, but the exports sector has been feeling the effects for some weeks now.

About $1.8 billion orders are on hold and another $1.4 billion have been canceled.

Clothing company H&M said it was going to wait and see about new orders, but will pay suppliers for (and take delivery of) orders that were already made or are currently in production.

“This is in accordance with our responsible purchasing practices, and not only the case in Bangladesh, but in all production countries,” the company said.

The company that owns Calvin Klein and Tommy Hilfiger, PVH, said that it told suppliers to release invoices on hold since March 18, and later ones will be processed gradually.

If companies paid for orders already being made or for ones not yet shipped, that would help factories stay solvent, reports said.