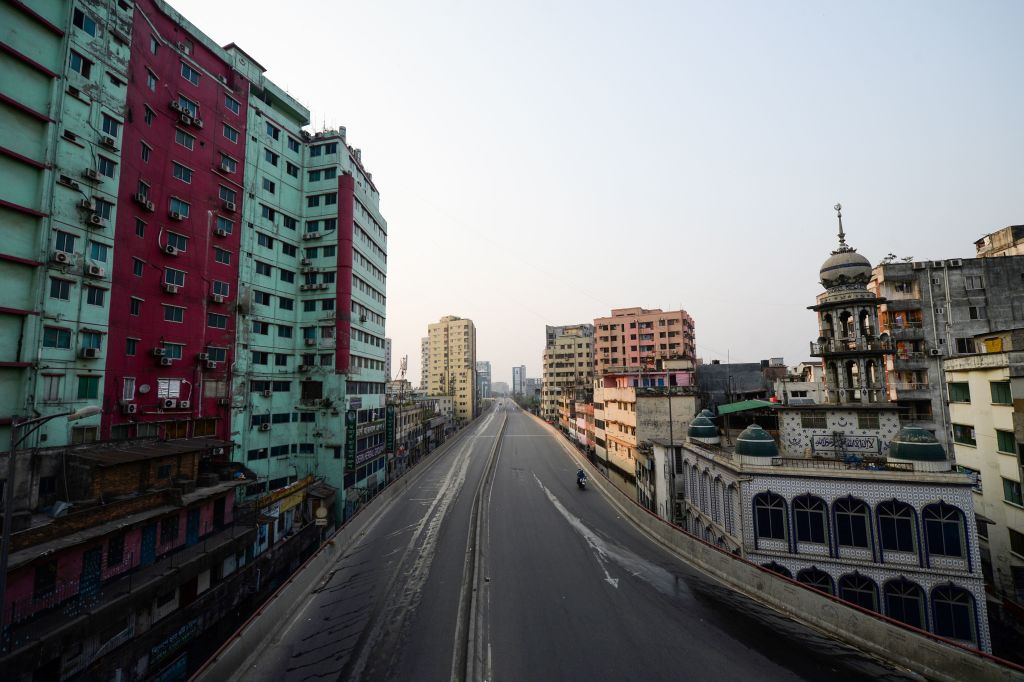 A deserted street is pictured during a government-imposed lockdown as a preventive measure against the COVID-19 coronavirus in Dhaka on March 26, 2020. (Photo by MUNIR UZ ZAMAN/AFP via Getty Images)

INDIA’s central bank slashed interest rates in an emergency move on Friday (27) to counter the economic fallout from the coronavirus pandemic after the federal government locked down the country in order to slow the spread of infections across the region.

The Reserve Bank of India (RBI) lowered the benchmark repo rate by 75 basis points to 4.40% after a video conference meeting of its monetary policy committee (MPC), which was brought forward to respond to the crisis.

“Clearly a war effort has to be mounted and is being mounted to combat the virus, involving both conventional and unconventional measures in a continuously battle-ready mode,” Governor Shaktikanta Das said.

The move came a day after the federal government announced a $22.6 billion stimulus plan to ease the pain of the poor through direct cash transfers and food security measures.

Even before the pandemic stuck, India’s economy was struggling and growth has probably weakened to at least an eight-year low this quarter, and is likely to slow even more sharply in the next six months, reports said.

India has reported 723 coronavirus cases, and 17 people have died, according to the health ministry, but there are fears that toll could easily overtake other hard hit nations like the US, China and Italy.

Modi and international experts have said that India faces a tidal wave of infections if it doesn’t take tough steps. But, efforts to combat the spread of the virus are handicapped by limited medical facilities and inadequate supplies of testing kits, according to experts.

India is hoping that if it can keep its people under lockdown until mid-April it would be able stem transmission of the virus within communities. Officials say infections have been concentrated so far among people either coming from overseas or in contact with them.

Other countries in South Asia, home to a fifth of the world’s population also signalled signs of distress, dragged into economic crisis by the fallout from the pandemic.

Pakistan, where the number of coronavirus cases neared 1,200, has asked the International Monetary Fund (IMF) for a fresh $1.4 billion loan.

Sri Lanka has asked for a moratorium on its international debt repayments.

For India, aside desperation resulting from the lost jobs, the rapidly decelerating economy risked exacerbating an already critical problem of bad debts.