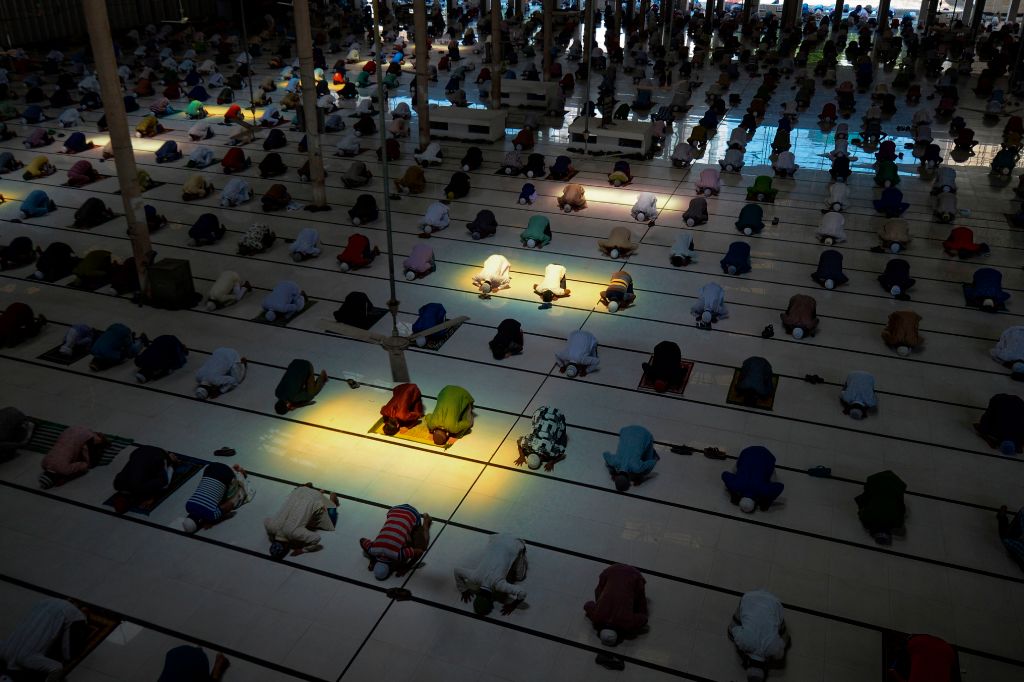 Muslim devotees offer prayers at the Baitul Mukarram National Mosque after the government resumed mass prayers easing the lockdown imposed as a preventive measure against the COVID-19 coronavirus during the Muslim holy month of Ramadan in Dhaka on May 8, 2020. (Photo by MUNIR UZ ZAMAN/AFP via Getty Images)

BANGLADESH reported 709 new COVID-19 cases and seven deaths in the last 24 hours taking the total number of infections to 13,134. The deadly virus claimed 206 lives so far in the country, official data shows.

Nasima Sultana, additional director general of the Directorate General of Health Services, said that the country tested 5,941 samples in a day. A total of 191 people also recovered in the 24 hours, she added. The  number of recovery stands at 177 on Friday (8).

According to DGHS, as many as 2,101 people have recovered from the disease so far.

The health services directorate also published a list of 10 worst affected areas in the capital where the number of the detection ranged up to more than 200 from minimum 70.

Bangladesh ramped up COVID-19 tests in April after low tests in the first month of the infection caused widespread public outrage. As per reports, the country still has one of the lowest test rates per million of population in Asia, with 677 tests.

India conducted 1,042 tests per million of people while Pakistan 1,165, according to reference website Worldometers.