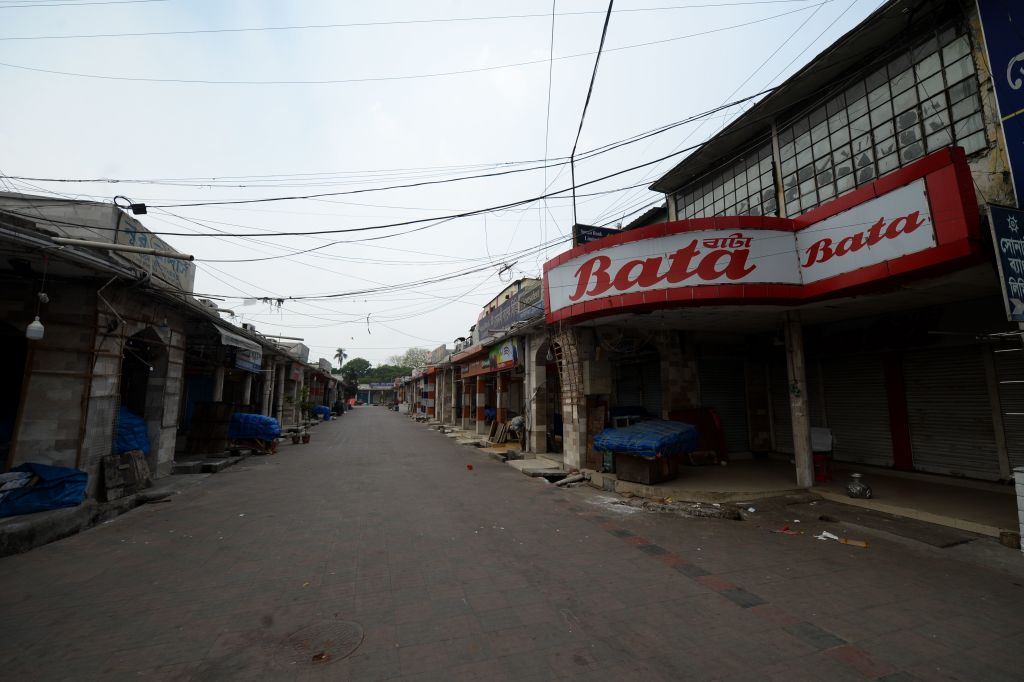 The Dhaka New Market is seen deserted following the authorities order to shut down as a preventative measure against the spread of the COVID-19 coronavirus, in Dhaka (Photo by MUNIR UZ ZAMAN/AFP via Getty Images)

Two more coronavirus patients have died in the last 24 hours in Bangladesh, taking the number of deaths from the infection to eight, Institute of Epidemiology, Disease Control and Research (IEDCR) said on Saturday (4).

Of them, one was 90-year-old, and the other was 68, said Dr Meerjady Sabrina Flora, director of IEDCR.

One of the deceased was under treatment in Dhaka while another was outside the capital, she said adding that one had heart disease and had stenting done previously and another had history of stroke.

One of the two was also among the nine who tested positive for coronavirus infection in the last 24 hours, she added. Total number of confirmed cases so far is 70.

Five of them are family members of returnees from abroad; two have history of coming in contact with COVID-19 patients while the contact histories of the other two patients are still being investigated.

On the other hand, four more patients have recovered, taking the recovery number to 30.

Prof Abul Kalam Azad, director general of Directorate General of Health Services said that a total of 553 samples were collected in the last 24 hours, of which 434 were tested.

The DG reiterated about possible community transmission only on a limited scale in the country, adding that they are increasing tests by the day.