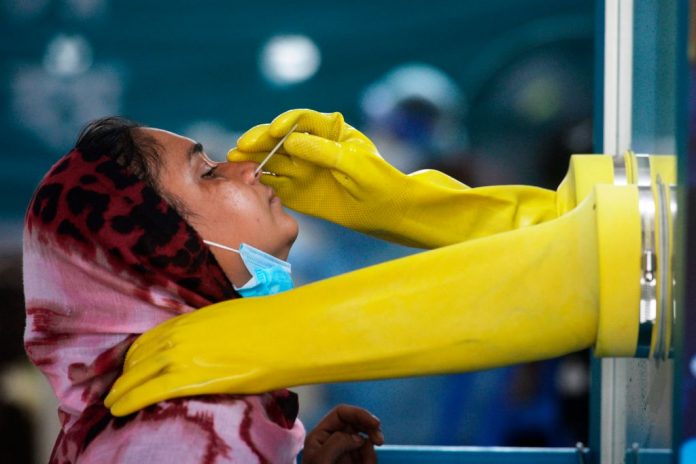 With this, the death toll due to Covid-19 in the country has reached 3,154 and the death rate now stands at 1.31 percent.

Eight hundred and eighty-six people have tested positive for Covid-19 in the last 24 hours.

With the fresh cases, the total number of positive cases so far in the country stands at 2,40,746 and the current infection rate is 24.05 percent.

The total infection rate stands at 20.24 percent, according to DGHS.

A total of 3,684 samples were tested in 82 labs across the country in the last 24 hours, Dr Nasima said.

However, Dr Nasima did not say anything regarding such small number of samples collected.

Meanwhile, 586 Covid-19 patients have recovered in the last 24 hours.

Three hundred and twenty people were put under isolation in the last 24 hours, Dr Nasima added during the briefing.