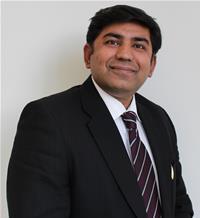 By: Nick Statham and Jon Robinson

A company owned by a former mayor of Rochdale has entered liquidation owing more than £700,000, it has been revealed.

The firm also previously owned newsagents shops in Leigh and Walkden and ran a Subway franchise in Burnage, Manchester.

“According to documents filed by Companies House and notices published by The Gazette, Sale-based KBL Advisory was appointed to oversee the liquidation after the business racked up an estimated total deficiency of £701,372.”

A document filed with Companies House shows its largest creditor was Funding Circle, which was owed £245,644. A Rochdale import company was owed £125, 343.74. Other creditors included HSBC, Hermes and Royal Mail.

Coun Rashid is the Labour member for Castleton on Rochdale council and recently served as the borough’s mayor, holding the office during the 2021-22 municipal year.

Asked whether the matter affected his suitability and fitness to continue as an elected member, Coun Rashid told the Local Democracy Reporting Service it did ‘not have any relevance’ to his council business or holding a public office.

He said: “This is a company matter that has nothing to do with my ability or integrity as a councillor.

“In whatever position I have served the public, I have done so with honesty and dedication. In my position as a councillor, I have always followed the Code of Conduct in representing Castleton ward and Rochdale Borough Council.”

The LDRS also asked Rochdale council whether the situation affected Coun Rashid’s position. However, the authority declined to comment on what it said were private matters not related to council business.