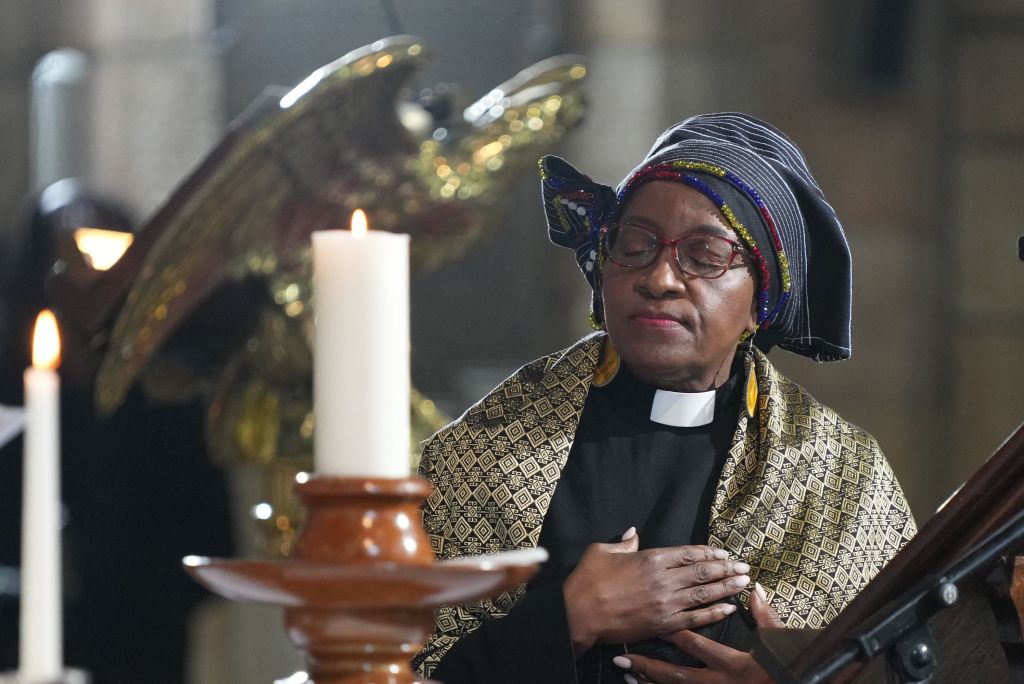 The Church of England has prohibited the late Desmond Tutu’s daughter from leading her godfather’s funeral as ‘she is married to a woman’, media reports said.

Mpho Tutu van Furth is an Anglican priest in the Diocese of Washington DC. She was invited to preside over the funeral of Martin Kenyon, who died last week aged 92, in Shropshire.

However, the Diocese of Hereford said: “Advice was given in line with the House of Bishops current guidance on same-sex marriage.”

Following the decision, the family they moved the funeral service from St Michael and All Angels in Wentnor, near Bishops Castle, to another site so that Tutu van Furth could officiate and preach.

The Church of England does not permit its clergy to be in a same-sex marriage because its official teaching is that marriage is only between one man and one woman.

However, its sister Anglican church in the US, The Episcopal Church, does allow clergy to enter into gay marriages.

Tutu van Furth married Marceline van Furth, a Dutch academic, in 2015. She described the decision as ‘really churlish and hurtful’.

“It’s incredibly sad. It feels like a bureaucratic response with maybe a lack of compassion. It seemed really churlish and hurtful. But as sad as that was, there was the joy of having a celebration of a person who could throw open the door to people who are sometimes excluded,” she was quoted as saying by the BBC.

Following the incident, Marceline accused the Church of England of homophobia. She revealed that Tutu van Furth’s godfather asked her to preside over his funeral in April.

“That she can’t do something out of love for her godfather and for the family just because of the same-sex marriage … that’s something that upsets me,” she said.

Tutu van Furth was forced to give up working as a priest in South Africa in 2016 because the Anglican church there does not permit its clergy to be in same-sex marriages, although they have been legal in the country since 2006.

Reports said that the family are devastated at the church’s decision. “Even in a conservative rural hinterland like Shropshire, people are appalled at what has happened. It’s unchristian and unjust,” a family friend said.

“We urgently need to make space for conscience, space for pastoral care, and space for love,” said the Right Reverend Paul Bayes,  former Bishop of Liverpool, who is a campaigner for the church to change its position on sexuality.