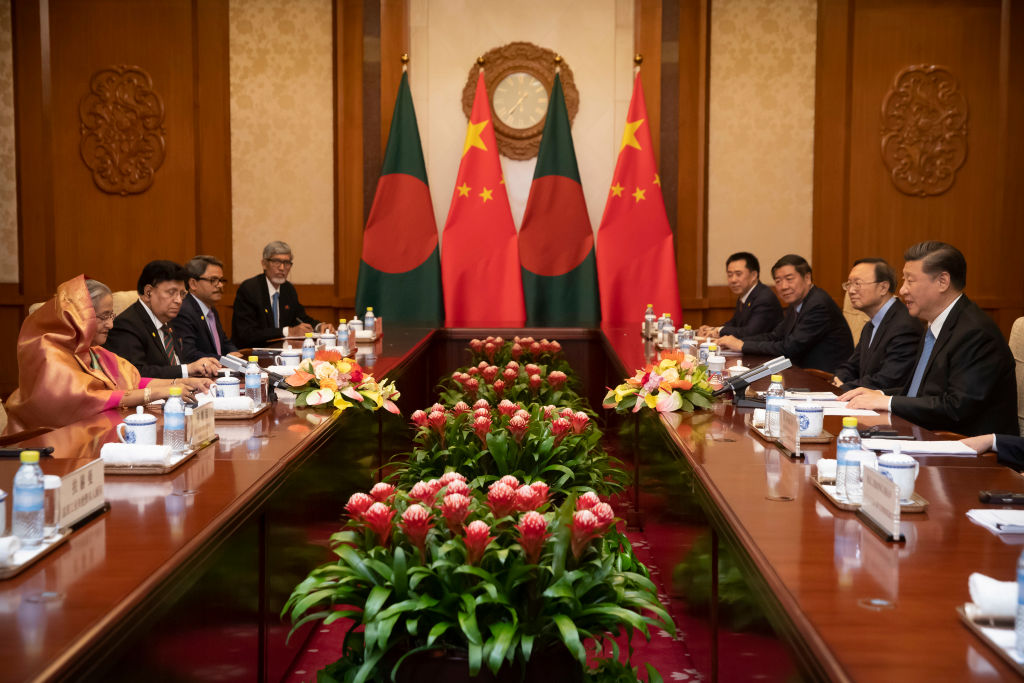 CHINESE president Xi Jinping has called for closer ties with Bangladesh and to jointly promote the Belt and Road Initiative (BRI) to take the partnership to new heights.

Xi made the remarks while speaking to Bangladesh president Mohammad Abdul Hamid on the 45th anniversary of the establishment of the bilateral diplomatic relationship between the two countries.

Hamid said the Bangladesh-China relationship is developing rapidly and has covered cooperation in key areas, to which Dhaka attached great importance, reports said.

He expressed his deep appreciation for China’s continuous support for Bangladesh in its socio-economic development progress, adding that he believes the close and friendly relationship between the two countries will continue to deepen in the future.

Chinese president also said the two countries had worked jointly to fight against Covid-19. Bangladesh is among over a dozen countries where the final phase of clinical trials of Chinese vaccine is being conducted.

He said that China is willing to deepen practical cooperation with Bangladesh in various fields and promote the steady and sustainable development of the China-Bangladesh partnership to better benefit people.

Hasina said the strategic partnership of cooperation between Bangladesh and China has been developed from the two countries’ time-tested friendship and cooperation. The strengthened Bangladesh-China cooperation has unleashed enormous potential in maintaining peace, security and stability in the region and even around the world, she said.

With over $26 billion Chinese investments and $38 billion funding commitments, Bangladesh is one of the largest recipients of China’s massive infrastructure project.

China has also offered zero-tariff treatment to 97 per cent of Bangladesh’s exports by adding 5,161 more items to the existing list of 3,095 duty-free products.

The BRI has been a major bone of contention between India and China as one portion of the corridor passes through Pakistan-occupied Kashmir.

Besides Pakistan, where China initiated over $60 billion as part of the China Pakistan Economic Corridor (CPEC), China has stepped up its huge infrastructure investments in Bangladesh, Nepal, Sri Lanka and Maldives rising concerns of its growing influence in India’s immediate neighbourhood.