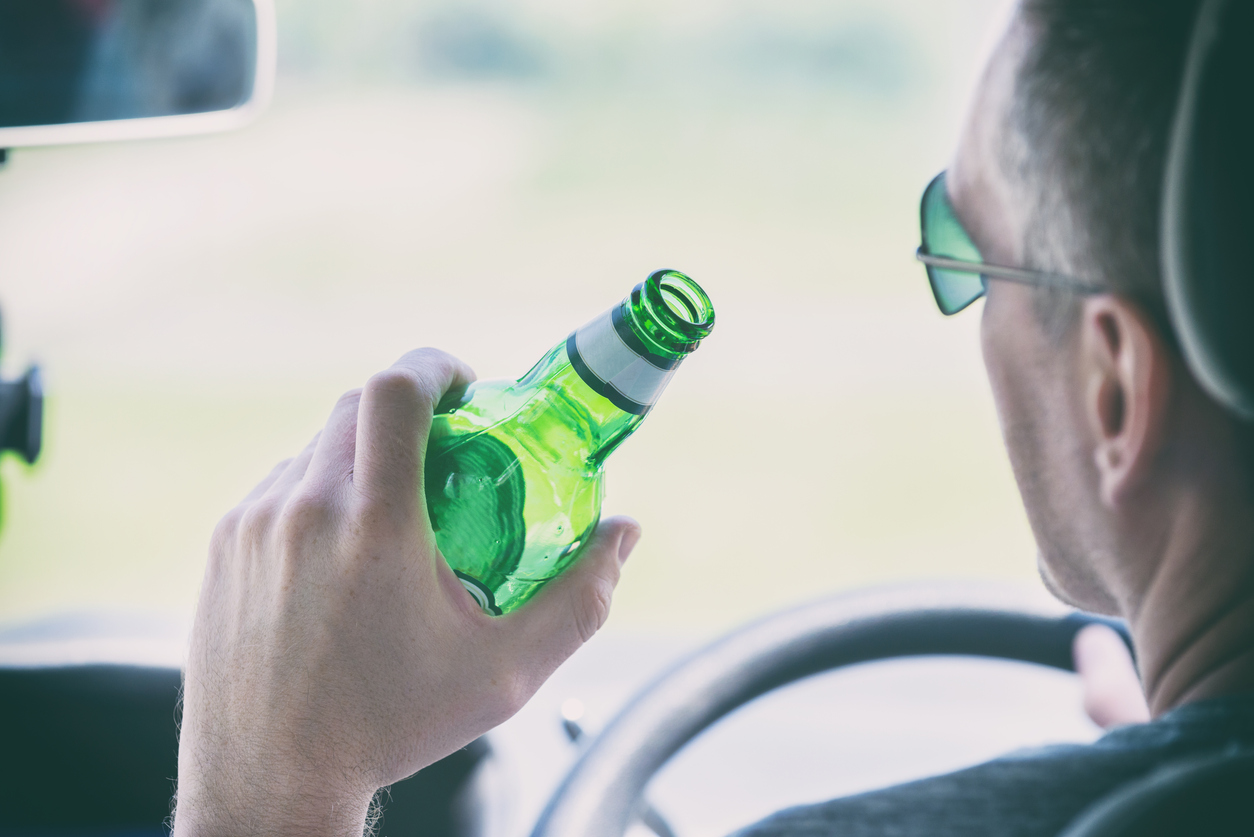 Man driving a car with a bottle of beer or other alcohol drink. Don’t drink and drive concept

A Chesterfield Pizza Hut worker has been disqualified from driving for 22 months for drink driving, according to a report.

The report stated that when Singh was trailed through a Derbyshire town while swerving across lanes in November last year, he had open cans of Stella Artois lager in his vehicle. The open beer cans were discovered by the police, and they also noticed the man’s bloodshot eyes.

The court heard that Singh was driving without a license, and the vehicle stopped when he mounted a grass verge facing the wrong way.

The report said that the drink-driving took place in Chesterfield and ended in Lordsmill Street.

Becky Allsop, prosecuting, said that a driver informed the police that Singh was swerving in and out of the zig-zag lines in the centre of the road, and vehicles travelling in the opposite direction had to flash their lights at him.

“He described the vehicle as coming to a stop in the middle of the road for no reason and then drove off again still swerving all the way down the road. As he approached a roundabout Mr Singh turned right and the witness described how the defendant put his foot down to accelerate leaving the roundabout and mounting a grass kerb,” Allsop was quoted as saying by Derbyshire Live.

“The road he turned into had two lanes in each direction and he crossed both the carriageways went over the central raised pavement and came to rest facing the opposite direction to the way he should have been. Fortunately the police arrived very shortly after and he failed a roadside breath test. There were open tins of Stella in the vehicle and his eyes were described as red and glazed.”

According to her, the defendant had breath test reading of 77 micrograms of alcohol in 100 millilitres of breath when the legal limit was just 35.

Sajid Majeed, mitigatin, stated that his client had migrated to the UK from India with his wife and that he still supports his elderly parents financially.

He said: “He has been working for Pizza Hut to support himself, his parents abroad but most of all his wife who is taking an Open University degree. He has been supporting her financially while she does that.”

Singh was slapped with a fine of £250, ordered him to pay £85 costs and a £100 victim surcharge. That ban will be reduced by 25 per cent when the drink-drive awareness course the defendant has chosen to take completes successfully.