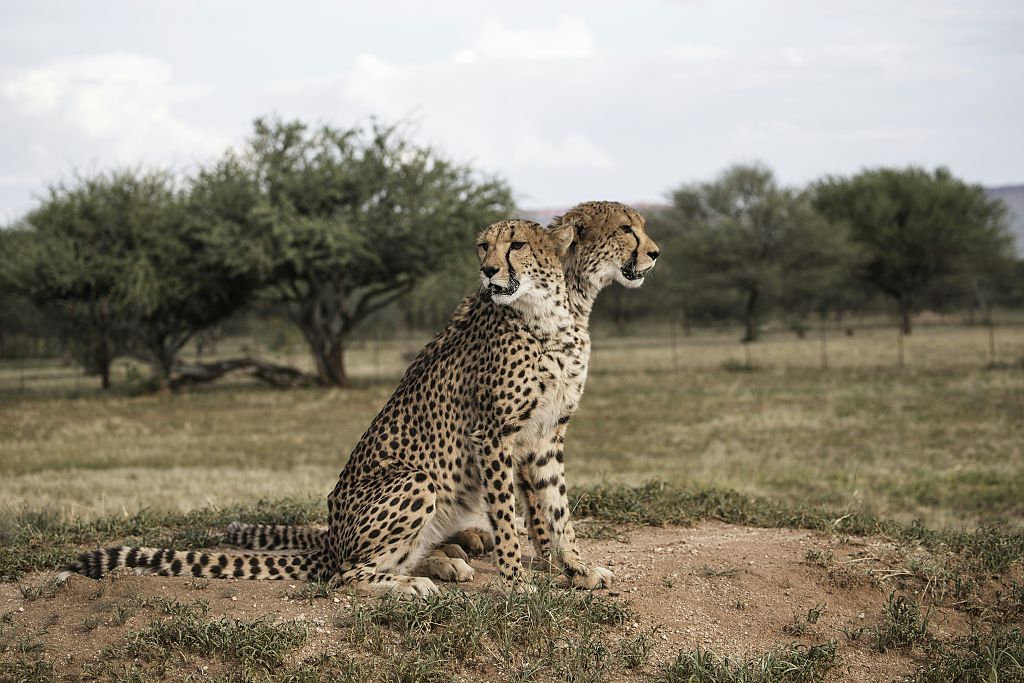 Two male cheetahs brought from Namibia to the Kuno National Park in India’s central state of Madhya Pradesh have made their first kill within 24 hours of their release from a quarantine area to a larger acclimatisation enclosure, an official said on Monday.

The cheetahs hunted down a cheetah (spotted deer) either on Sunday night or in the wee hours of Monday, Chief Conservator of Forest Uttam Kumar Sharma told PTI.

The forest monitoring team got this information on Monday morning, he said.

This was the first prey of the felines after their translocation from Namibia to India in mid-September along with six other cheetahs, the official said.

The cheetahs – Freddie and Alton – were the first pair to be released into the larger enclosure on Saturday after being quarantined since September 17.

The successful first hunt by the cheetahs within 24 hours of moving to the larger enclosure has also allayed the park management’s concerns about their prey-hunting ability.

“The cheetahs eat their prey within two hours of hunting,” Sharma said.

He said the two cheetahs were released in the larger enclosure spread over 98 hectares from a quarantine zone on Saturday.

The other six cheetahs will also be released (in the acclimatisation enclosure) in a phased manner, he said. The eight cheetahs – five females and three males in the age group of 30-66 months – were released in the dedicated quarantine zones in the KNP on September 17 at a function by Prime Minister Narendra Modi, heralding the return of the big cats to India 70 years after they were declared extinct in the country.

As per initial plans, the cheetahs- named Freddy, Alton, Savannah, Sasha, Obaan, Asha, Cibili and Saisa – were to be kept in quarantine for a month.

According to international norms, wild animals must be kept in quarantine for a month to check the spread of any infection before and after their translocation to another country, experts had said.

Since their release on September 17, the eight cheetahs were housed in six ‘bomas’ (enclosures), two of which are 50 metres x 30 metres while the rest four measured 25 square metres in area.

They were provided buffalo meat, the officials had said.

The last cheetah died in India in Koriya district in present-day Chhattisgarh in 1947 and the species was declared extinct in 1952.