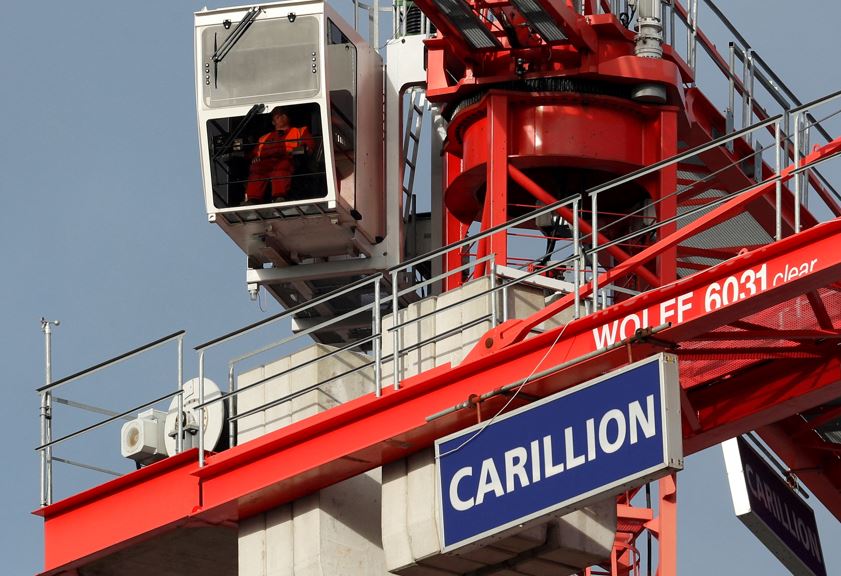 ACCOUNTANCY giant KPMG has agreed to pay a £14.4 million fine for giving false information to regulators prior to the collapse of construction group Carillion, it said after hearings concluded.

The penalty was agreed by Britain’s Financial Reporting Council regulator and KPMG, according to a spokesperson for the auditor.

Carillion went bust in January 2018 in one of the most high-profile recent UK corporate insolvencies that sparked concern over the nation’s audit sector.

The FRC launched disciplinary proceedings against KPMG at the start of this year, after lodging a complaint in March 2021.

The formal complaint alleged that “false and misleading information” was provided by certain employees in two Carillion audits carried out by KPMG, including for 2016. The employees no longer work there.

“We are deeply sorry that such serious misconduct occurred in our firm. It was unjustifiable and wrong,” said KPMG UK chief executive Jon Holt in a statement.

“It was a violation of our processes and a betrayal of our values.”

The group had reported the misconduct to the regulator “immediately” after it was uncovered by internal investigations, he noted.

“I am saddened that a small number of former employees acted in such an inappropriate way, and it is right that they — and KPMG — now face serious regulatory sanctions as a result,” Holt added.

KPMG also agreed to pay £4.3m in legal costs, but the former employees must wait to find out their penalty.

The lawsuit claims damages for both losses to creditors plus lost earnings from dividends from shareholders.

KPMG however is challenging the move and argues that it is not responsible for the bankruptcy.

Carillion went bust after the heavily-indebted company failed to secure a last-minute financial rescue from the government and banks.

Britain is still seeking to overhaul the audit sector due to its failure to identify or prevent high-profile bankruptcies that sparked massive job losses — including also at department store BHS in 2016 and tour operator Thomas Cook in 2019.

UK authorities want to separate audit and consulting activities and curb the dominance of the Big Four — which comprise Deloitte, EY, KPMG and PwC — but the long-awaited overhaul has been blighted by delays.