Canadian city named a street after AR Rahman; he says, ‘I never imagined this in my life’ 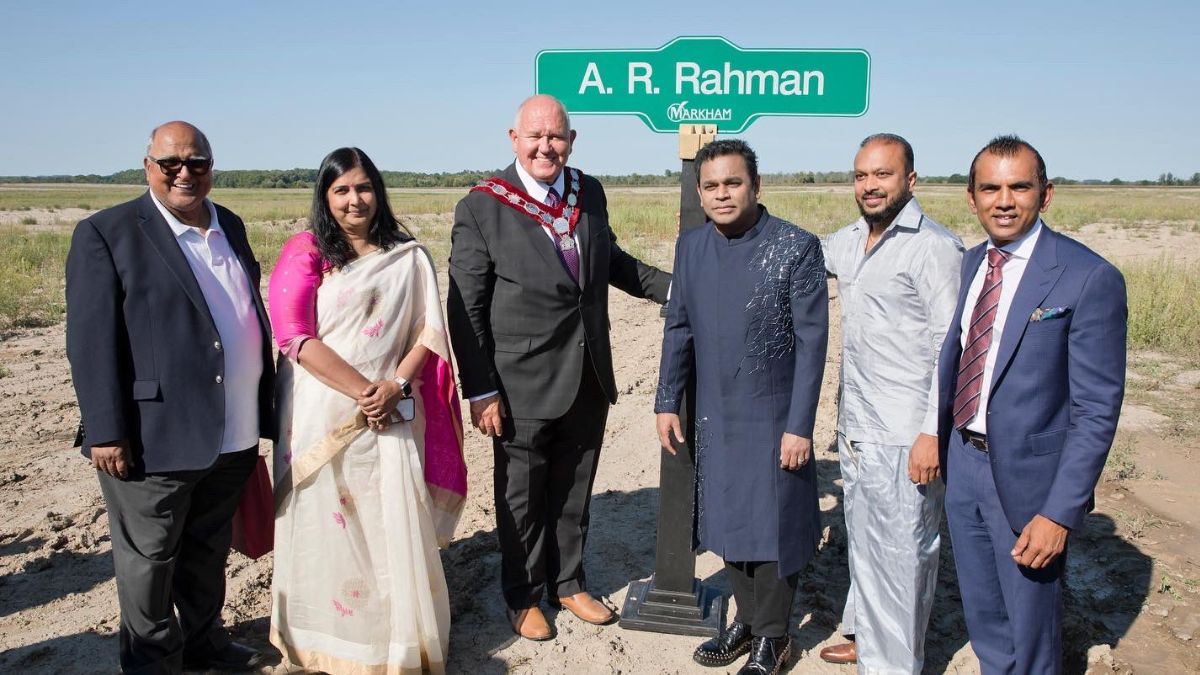 The Canadian government has honoured AR Rahman by naming a street after him in Canada’s Markham city.

The Oscar-award-winning composer took to social media to share the news with his millions of fans all across the world and thanked the Mayor of Markham, Frank Scarpitti, for the honour.

He also shared an emotional statement, saying that he now feels more responsible to work hard, inspire people and not retire yet.

He wrote, “I never imagined this in my life. I am very grateful to all of you, the Mayor of Markham, Canada (Frank Scarpitti), and counsellors, the Indian Consulate General (Apoorva Srivastava), and the people of Canada.”

He continued, “The name A.R. Rahman is not mine. It means merciful. The merciful is the quality of the common God we all have and one can only be the servant of the merciful. So, let that name bring peace, prosperity, happiness, and health to all people living in Canada. God bless you all. I want to thank my brothers and sisters of India for all the love. All the creative people who worked with me gave me the inspiration to rise up and celebrate hundred years of cinema; with all the legends included. I am a very small drop in the ocean.”

He concluded by adding, “I feel like this gives me immense responsibility to do much more and be inspiring; not to get tired and not to retire…yet. Even if I get tired, I will remember that I have more things to do, more people to connect, more bridges to cross.”