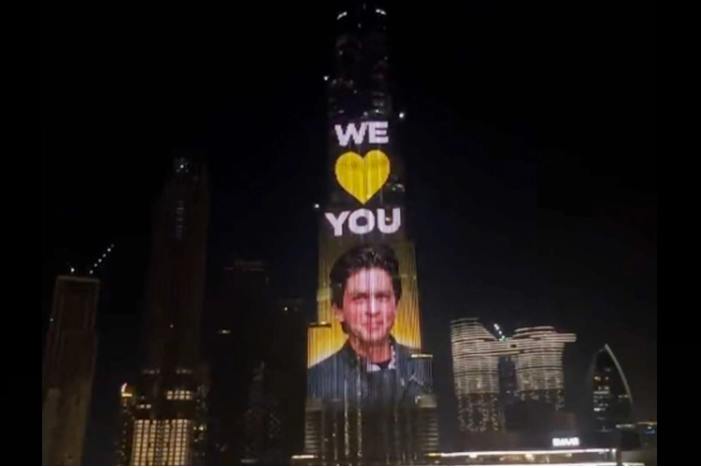 After seeing images and videos of Burj Khalifa lit up with the message for SRK, fans were extremely happy.

“Shah Rukh is a global star. Hail the king,” another one wrote.

Reportedly, it’s for the fifth time that SRK has appeared on Burj Khalifa. In 2021, Burj Khalifa honoured Shah Rukh on his 56th birthday. Burj Khalifa was lit up with the name of the actor to honour the actor on his birthday in 2020 as well.

Meanwhile, on the work front, Shah Rukh is all set to make his silver screen return after four years with ‘Pathaan’, which also stars Deepika Padukone and John Abraham in the lead roles. The action-packed film is scheduled to release on January 25, 2023.