Broadway shuts down for an Indian wedding procession in New York 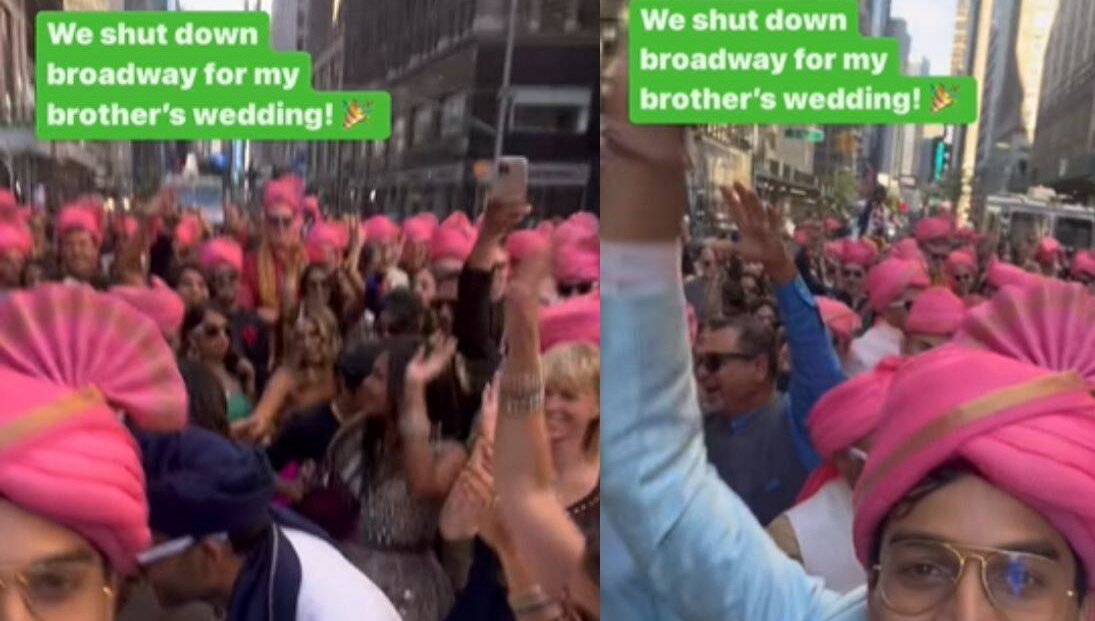 One family gave New York a taste of the big fat Indian wedding when they shut down Broadway to celebrate the joyful occasion.

The clip of the desi marriage procession which is a very common sight in India has grabbed attention online and has gone viral, for the vigour and enthusiasm with which several Indian Americans can be seen storming the streets of New York, dancing and grooving to peppy beats in traditional Indian attire.

The viral video was shared by Instagram user Suraj Patel featuring a large crowd enjoying themselves shaking a leg to Indian beats. The caption on top of his videos reads, “We shut down Broadway for my brother’s wedding!”

Suraj is an Indian-origin attorney in the US and a member of the Democratic Party. He has also worked for former US President Barack Obama in the past.

Sharing the video on Instagram which has already garnered over half a million views, Suraj wrote, “My heart is so full, for my family to have all been here for such an incredible occasion for my brother’s wedding, so much love and energy on the streets of NYC.”

Though some social media users reportedly took it in their stride, some others seemed to be annoyed by the blocking of a public place.

One user commented, “Why are you allowed to shut down Broadway for a personal event? Isn’t this a grave inconvenience to residents ?”

While another user wrote, “The ‘Shutdown’ caption did more harm to this post than the actual event itself.”