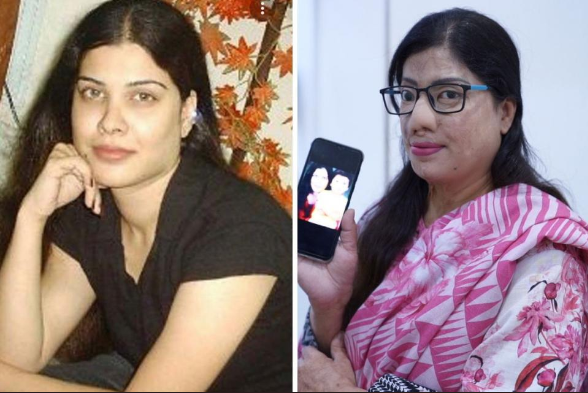 Asim Shahmalak, who works at Crown Clinic in Manchester, teamed up with other doctors to remodel the disfigured face of Kanwal Qayyum.

The Pakistani woman, who had dreamt of becoming an air steward, lost her nose after her friend attacked her with sulphuric acid, readily available in the south Asian country.

As the team of doctors, supported by the charity Depilex Smileagain Foundation, worked for 11 years to rebuild her nose, Shahmalak developed eyelashes and eyebrows with hair taken from her scalp. He charged nothing for his service.

Qayyum, now 40, has recovered from her trauma and is working in a textile company.

Shahmalak, who was honoured by Britain’s previous prime minister Boris Johnson two years ago, also performed surgeries on other acid attack victims in his native country – he was born and educated in Pakistan before moving to the UK.

He described Qayyum as “one of the bravest women” he had ever met. “It was wonderful to hear how she has rebuilt her life following the attack,” he said.

“I am part of a big team of surgeons doing everything we can to rebuild these people’s lives after acid attacks and tragic accidents,” the surgeon said.

According to him, acid attacks are increasingly becoming common in Pakistan as “you can buy deadly sulphuric acid for as little as 15p a bottle with no questions asked.”

“I have travelled from Manchester several times with a team from Crown Clinic to perform surgery and we have been able to train local medics in our techniques,” he said.

“All the really hard work is done by Masarrat (Misbah) and her team at Depilex, who not only provide surgery but the practical support the victims need,” he said of the businesswoman who runs Depilex.