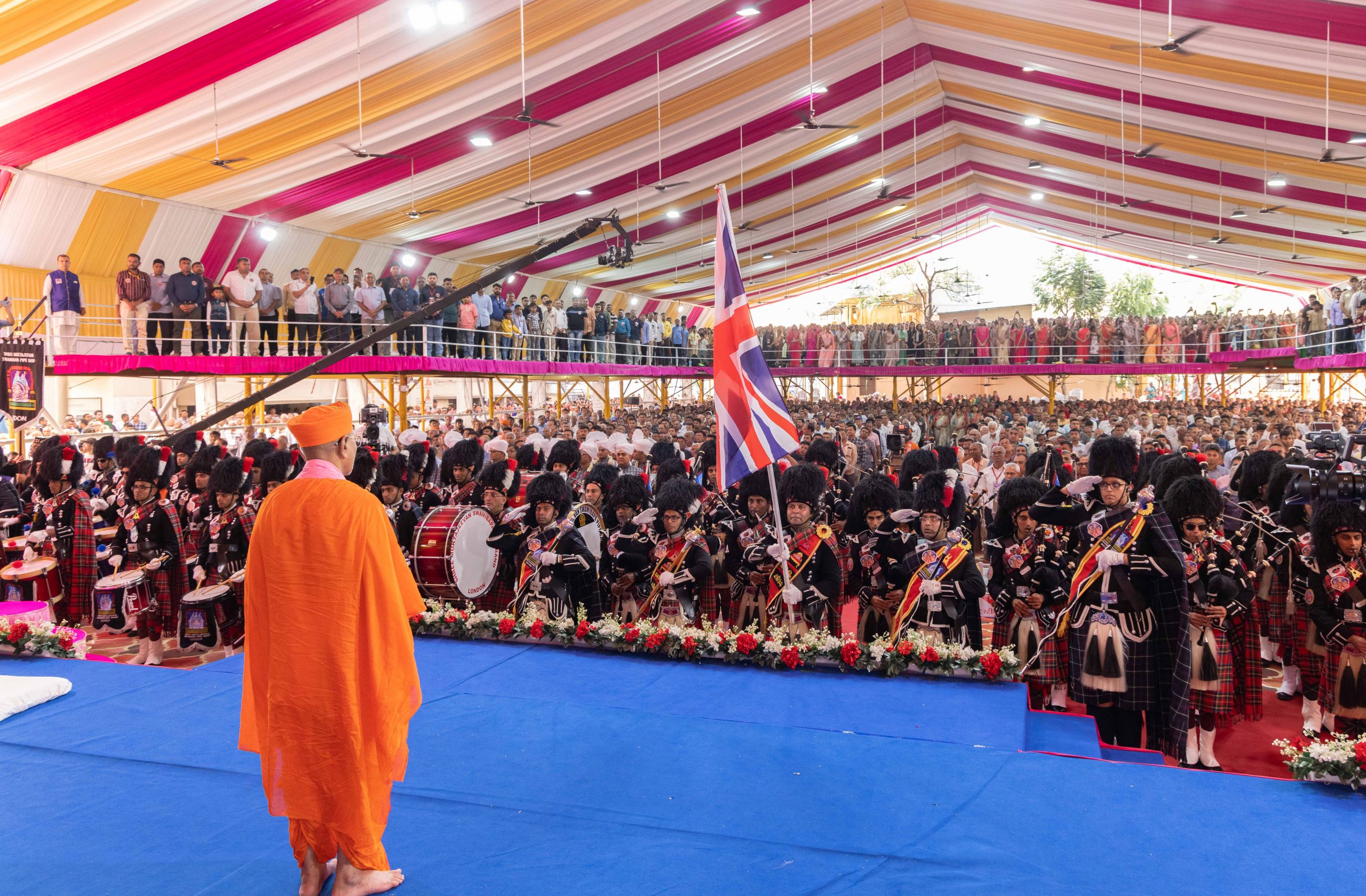 Today marks the State Funeral of Her Majesty The Queen, which takes place at Westminster Abbey (London, UK).

Acharya Shree Jitendriyapriya Swamiji Maharaj presided as the UK branches of Shree Muktajeevan Pipe Band (London and Bolton), comprising 120 British Indian pipers and drummers, honoured the late Queen Elizabeth II, and celebrated the accession of King Charles III, by playing ‘God Save the King’ – the British national anthem, as well as that of all Commonwealth realms, their territories, and the Crown Dependencies in the British isles.

The Band has had the honour of representing India across the Queen’s Golden, Diamond, and Platinum Jubilees before the Royal Family.

Thousands of people from all over the world that have gathered for the auspicious Mahotsav (festival) rose to their feet in respect, reverence, and celebration during the rousing rendition, and tens of thousands saw the proceedings live across the live broadcast of the event.

Pipe Bands from these regions have also gathered to form a mass Band of over 250 members, which will be performing throughout the event. Numerous dignitaries will be visiting the festival, including today, the Chief Minister of Gujarat, Shri Bhupendra Patel, who will be received by the Shree Muktajeevan Swamibapa Pipe Band.