British Asian women of Leicester condemn ‘senseless violence’, say troublemakers would ‘not succeed in dividing us’ 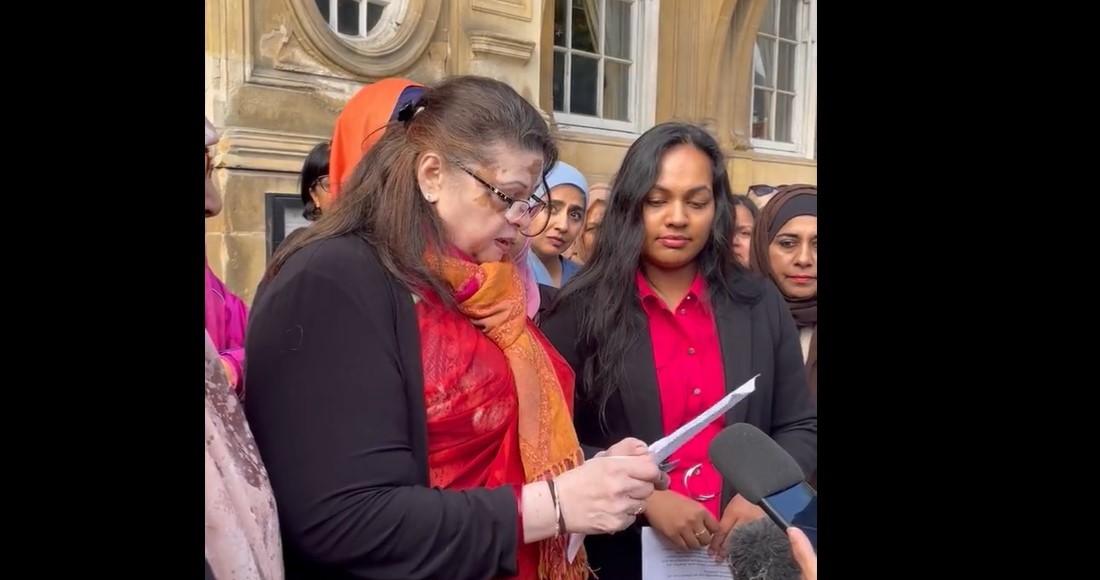 British South Asian women living in Leicester have come together to denounce the recent “senseless violence” in the city and call for peaceful coexistence of communities.

Tensions between Hindu and Muslim groups, apparently triggered by an India-Pakistan cricket match in last August, escalated to disorder earlier this month leading to dozens of arrests and intensified police patrols.

Police and the Leicester East MP blamed the circulation of fake news on social media for the unrest which, they said, created fear in the diverse city.

A group of women of South Asian origin assembled at the Town Hall of the East Midlands city “in collective solidarity”, calling for communities to come together again.

Their joint statement, read out by Rushey Mead ward councillor and social entrepreneur Rita Patel, said: “We as Asian women from Leicester, call upon the people of this city to rally together and oppose the senseless violence that has torn apart our community over the last week.”

It said they condemned “those perpetrating hate and violence in our city” and warned that the troublemakers would “not succeed in dividing us.”

“As your grandmothers, mothers, sisters, aunts, daughters and friends, we have come together in collective solidarity to say no to the senseless violence that has plagued our great city in recent weeks and left many people injured,” the statement said, adding, “As a result, whole neighbourhoods and entire families, particularly women, children and elders and now living in fear.”

“Our thoughts go out to all those injured as a result of this violence, including community workers and police officers. Leicester is a great place to live and work – and such hate-filled violence threatens to tarnish our city that has been and remains a model of peace and tolerance,” it said.

Maintaining that the city had been built on the “extraordinary hard work of many including countless community organisations, faith groups and other agencies on the ground”, the statement called upon the people of Leicester “to reject and challenge all that is intent on dividing and polarising our communities.”

“It is now time for solutions. We therefore, ask the women of Leicester to join us in taking action and bringing out communities together once again. As strong proud Asian women, we know that when Leicester is united, it can never be defeated. Leicester, united as one.”

Patel also said a “solution-focused” event would be organised in the city in the coming days. Humberstone and Hamilton councillor Ruma Ali called for more inter-faith work between Hindus and Muslim communities.

Meanwhile, Leicestershire police have encouraged people to celebrate Navratri and go ahead with their preparations for the upcoming Diwali.