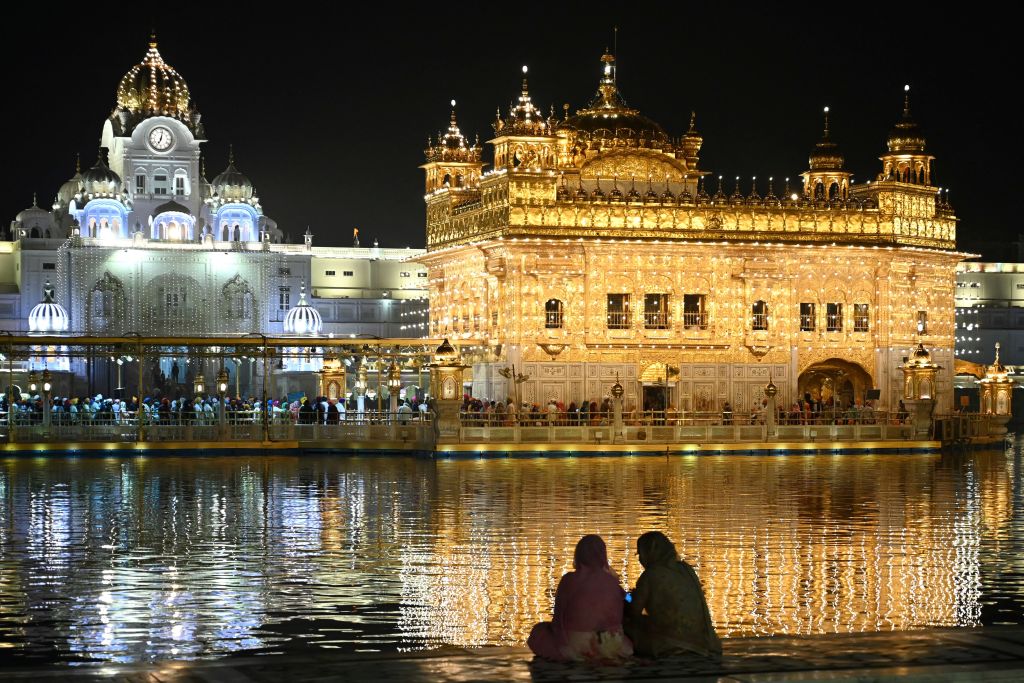 Devotees sit in front of the illuminated Golden Temple on the eve of the birth anniversary of Guru Nanak Dev, the founder of Sikhism, in Amritsar on November 7, 2022. (Photo by Narinder NANU / AFP) (Photo by NARINDER NANU/AFP via Getty Images)

A delegation of officers of the British Army on Wednesday (9) paid obeisance at the Golden Temple in Amritsar, Punjab.

Appreciating the Defence Sikh Network’s efforts within the British Army, Dhami said, “They are working to revive old Sikh traditions as laid out by our elderly.”

He said the ‘Nitnem Gutka Sahib’ is part of the uniform of ‘amritdhari’ (baptised) Sikhs in the British Army.

Similar unique Gurbani scriptures were given to Sikh soldiers in the British Army during the world wars and the Defence Sikh Network’s work is along the same lines, Dhami said.

The Defence Sikh Network has also worked with the British Army to publish literature on Sikh identity and the turban to inform the next generation about Sikh culture and heritage.

He said the Defence Sikh Network had a major contribution in determining different turban colours for the three branches of the British Army — Army, Navy and Air Force — and called it “a big achievement”.

The delegation arrived in Amritsar to take part in an event to commemorate the anniversary of the Battle of Saragarhi (1897). The event was originally scheduled for September but had to be postponed due to the death of Queen Elizabeth II.