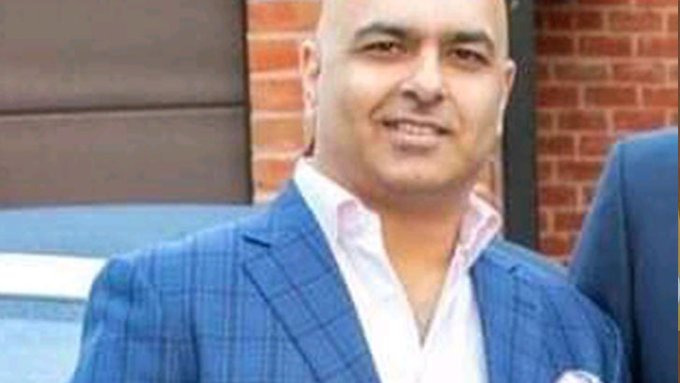 INVESTIGATORS from the National Crime Agency believed that British arms dealer Zuneth Sattar had made millions through bribery and corruption in Malawi, his country of birth in Southeastern Africa, according to a media report.

Sattar, 41, made payments to more than 50 public officials to secure three contracts to supply non-lethal arms to the government of Malawi, reported The Times.

Last year, the NCA seized items including a pink Bentley and a yellow Lamborghini in Oadby on the outskirts of Leicester and his assets were also frozen.

However, The Times reported that Sattar has yet to be charged with any offence.

The contracts relate to 32 military vehicles, including armoured personnel carriers and mine-resistant patrol vehicles, for the Malawian armed forces, as well as rations and water cannon.

Sattar was arrested in the UK in October in relation to these allegations but he has not been charged.

According to the newspaper, the council recently granted him planning permission to extend his property further with a single-story rear extension and loft conversion. Two Rolls-Royces are parked in the driveway.

Sattar is subject to strict bail conditions that include a travel ban and failed in an attempt to have them adjusted at a hearing last month when he claimed he needed to travel to Dubai to have cosmetic surgery.

Sattar also argued that he wants to go to the UAE to handle outstanding business issues and to travel to Malawi for family reasons. But deputy district judge Daniel Stein refused the application.

“The government has frozen my assets and all I can spend is £250 a week. That is meagre, and how can that provide for a family of five. It’s not nearly enough. How can you survive on that?” he told The Times.

He claimed he owns 100 homes across the country, as well as a fleet of prestige cars.

Land Registry documents show that the NCA has obtained freezing orders against 19 residential properties in Leicestershire and Greater Manchester, which Sattar owns with his wife through a UK company. Other records link him to properties in Dubai.

The investigation into Sattar has sent shock waves through the government of Malawi. President Chakwera said that he had suspended several public officials in relation to allegations of taking improper payments from Sattar.

This was after the country’s anti-corruption bureau claimed 53 public officials had taken money from the arms dealer last year. However, Sattar strongly rejected these allegations.

“I am very successful, I have done well for my age and sometimes that brings enemies. But I have nothing to hide, I have done nothing wrong,” he was quoted as saying by The Times.

“I would say to the police and Crown Prosecution Service, if you think you have a case against me, charge me. I am innocent of any wrongdoing and I want to be charged so I can fight it and win.”