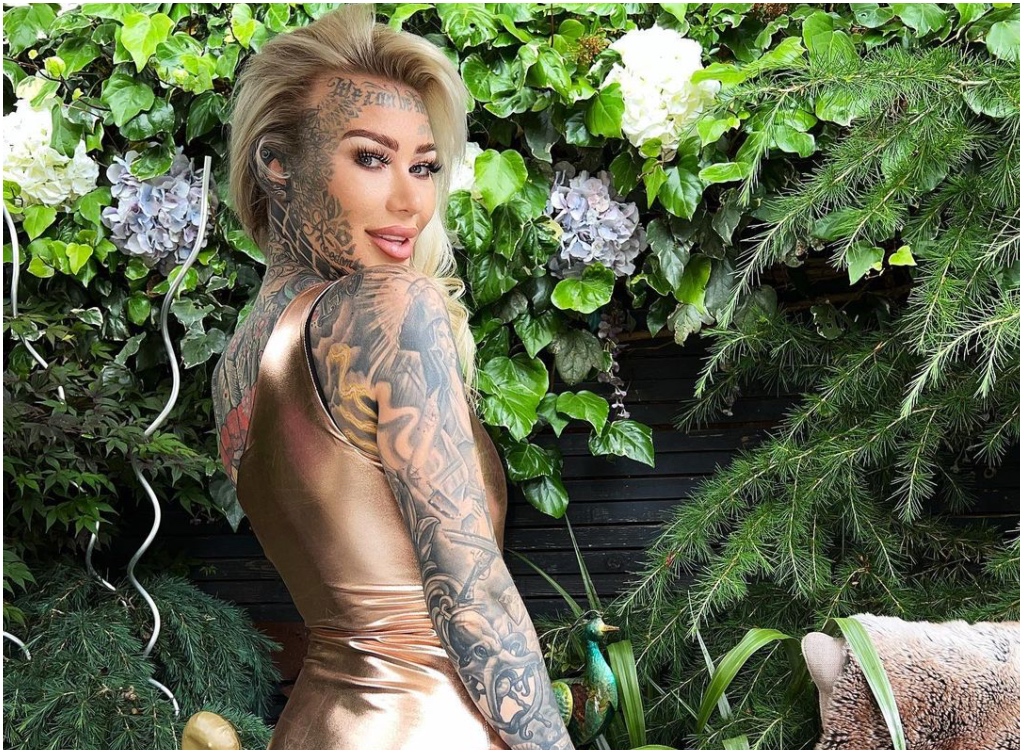 A British OnlyFans star, Becky Holt marks a new record as she got her labia (inner and outer folds of vulva, at either side of the vagina) tattooed. The tattoo artist took five separate sessions to complete the daring design in the highly sensitive area.

According to New York Post, the 34-year-old British woman has spent over USD42,000 over the years on a tattoo “bodysuit” that covers her entire physique, from her face to her feet. Holt shared a picture on social media of her visit to the tattoo parlour but declined to reveal which design she had decided to permanently affix on her labia.

The blonde requested to get her delicate area tattooed despite the excruciating pain it caused.

“I was in an incredible amount of pain,” Holt exclaimed during the fifth and final ink session that she underwent on July 5.
“It’s quite embarrassing having a tattoo artist between your legs but it needed to be finished as I want my body suit to be fully complete,” she added.

The OnlyFans star was seen wincing in pain as she sat on a chair with her legs apart while the artist needled her.

According to Holt, she is among the few women in the world who have had her vaginal folds tattooed, and admirers have praised her for persevering through the uncomfortable procedure, as reported by New York Post.

“People can’t believe how brave I am for having my labia tattooed,” she said. “I’m not sure how many people in the world have this tattoo, but I imagine I’m one of very few.”