Bringing big Shirley Bassey hits back to the British stage 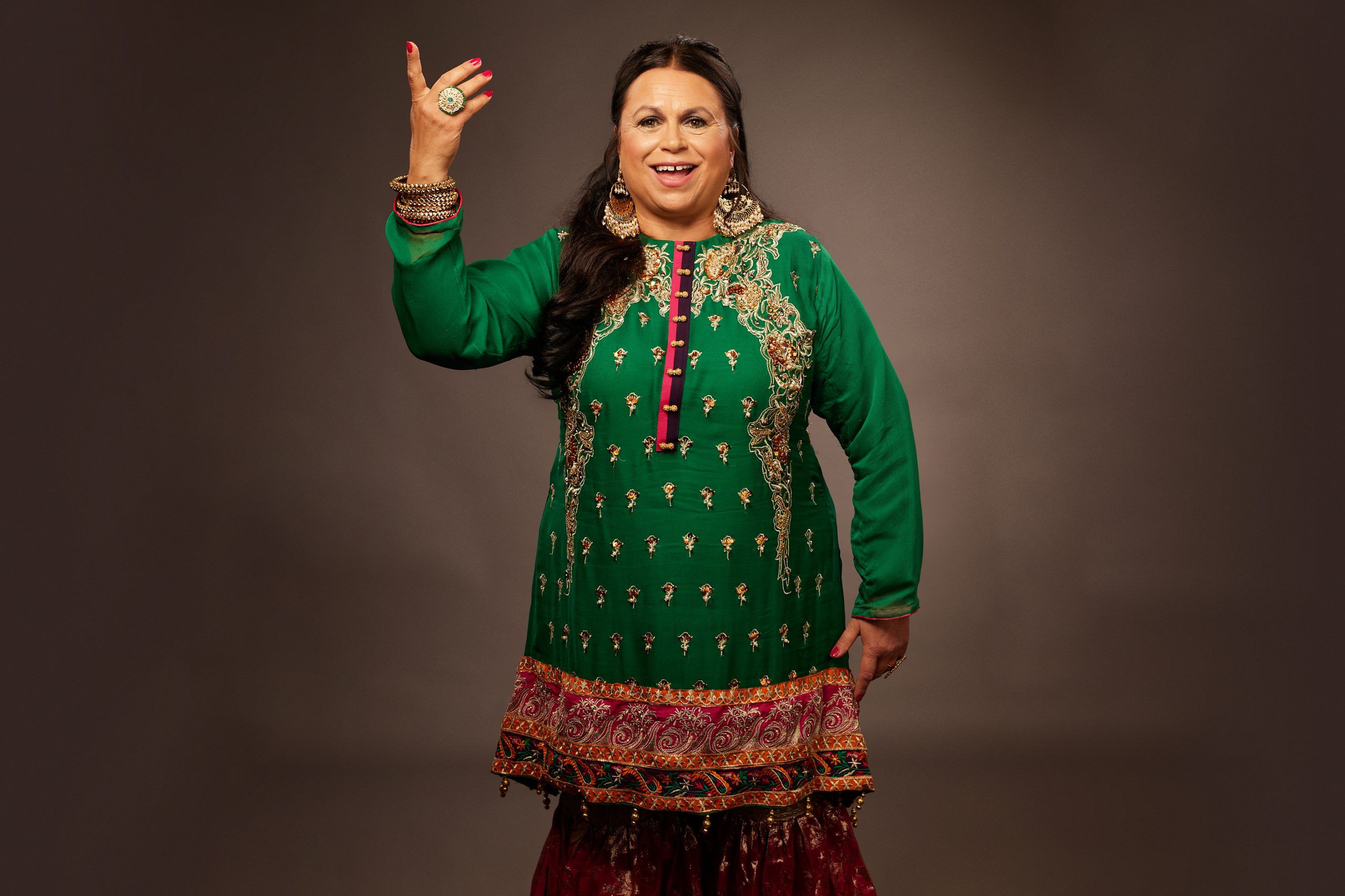 The cross-cultural comedy about a woman’s midlife crisis and her rollercoaster journey to find her voice combines live music, humour, and songs by legendary singer Shirley Bassey.

Yasmin Wilde plays the unique protagonist and has written the life-affirming story, which revolves around a divorced woman who must re-evaluate everything she knows after the death of her mother.

Eastern Eye caught up with the talented actress and writer, ahead of the Pravesh Kumar-directed show commencing a UK tour at Watford Palace Theatre on September 15. She spoke about Glitterball, Bassey and theatre.

What first connected you to acting?
It’s hard to pinpoint the moment I knew I wanted to act, but I was one of those kids who was always lost in imaginative games, putting on little plays for my parents and writing songs, so I suppose the warning signs were there pretty early.

What inspired you to write the play Glitterball?
I hadn’t seen many stories exploring what it’s like to be of dual heritage. I wanted to write about a woman who was brought up in a very white neighbourhood by a white mother and didn’t know much about her Pakistani father or heritage. What happens to her when she starts to assimilate and accept her whole true self? There is great joy in seeing her discover that.

Tell us about the play?
Glitterball is a comedy with live songs. It’s about Sonia, a middle-aged mum who is trapped in the drudgery and routine of life, and who has always lived to please others. When her dominating mother dies, she is lost and must rediscover her identity. Luckily, a long-lost half-brother turns up holding answers about her father and the Pakistani heritage she has never really connected with. This is the start of a new adventure for Sonia and helps her find her own true voice.

Is it based on real-life experiences?
The first draft of the play was quite autobiographical in a way. I had a lot to get off my chest. However, as I worked on it and re-wrote the play, the story moved far away from my own life. It retains the message and emotion I started with but has evolved into something more fantastic.

What drew you towards Bassey’s music?
Well, I am a big Bassey fan. But more than that, Shirley Bassey’s divine feminine power and freedom of voice seemed to me to be the antithesis of the drudgery that my main character finds herself in. She has to connect with her inner Bassey to release herself. In a very small way, I do this every day, listening to Bassey when I am hoovering or walking the dog. I love her.

What is your favourite Bassey song?
I could choose a different Bassey song every day, but probably Never Never Never. It’s an absolutely heart-breaking song, and I had to have it in our play.

What kind of audience are you hoping will connect with this story?
I think this is a story for everybody, as we all have to negotiate family. But as this play talks a lot about mother-daughter relationships, I think it will be a big hit with women my age (forties and above) and also their children. I know my children will be laughing along as they see some of our conversations played out on stage. I want this play to empower honest conversations and explode the myth of the perfect mother or perfect daughter for that matter. We are all just trying our best and we get it wrong sometimes.

What is your favourite moment in the play?
I really love the moment that Sonia starts to embrace her Pakistani heritage but gets it wrong, and her brother Naim tries to teach her how to dance bhangra. On the other end of the spectrum, the moment when Sonia finally lets her mother go and is able to grieve – I can’t get through it without crying.

How do you feel ahead of its premiere?
I am nervous, excited, and honoured to show the world what this brilliant cast and director have done with my words.

What makes for good theatre?
Good theatre should never be boring. That is rule number one. It should move you, and it should be truthful.

What inspires you as an actress?
I am constantly inspired by other performers but am also inspired by watching how children play, how they freely interact and do not limit their own imaginations. I wish we could all stay like that.

Why should we come watch Glitterball?
You will laugh, you will cry, and you will come away singing.

Glitterball is being staged at Watford Palace Theatre, 20 Clarendon Road, Watford WD17 1JZ from next Thursday (15) until Saturday, September 24. It will tour until October 15. For further dates visit www.rifcotheatre.com