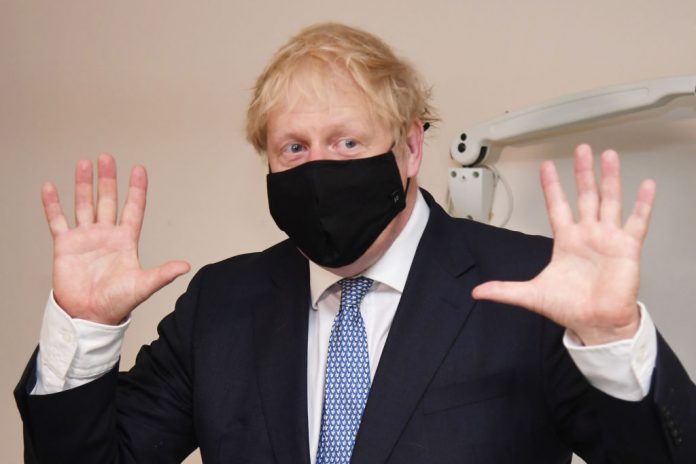 “It is expected that Boris Johnson and Ursula von der Leyen will speak again in the next 48 hours,” James Forsyth said. “UK looking for a sign that the EU is prepared to move on fish.”

British and EU negotiators plunged into the final hours of their scramble for a post-Brexit trade deal Friday(18), deeply divided on the highly-charged issue of fishing rights.

Late on Thursday(17), Johnson and EU chief Ursula von der Leyen held talks by phone that failed to break the logjam in the eight-month-old negotiation.

After the call, a Downing Street spokesperson said the negotiations “were now in a serious situation” and that “agreement would not be reached unless the EU position changed substantially”.

Unlike previous encounters, which resulted in a joint EU-UK statement, von der Leyen gave her own account of the call.

“Big differences remain to be bridged, in particular on fisheries,” she said. “Bridging them will be very challenging.”

The UK will leave the EU single market in less than two weeks and time has all but run out for any agreement to be approved in time to head off a severe economic shock.

The European Parliament has demanded that it see the text of any accord by Sunday(20) at the latest, and the UK government says it will not allow talks to go beyond December 31.

EU member states do not recognise the parliament’s deadline, but Brussels’ chief Brexit negotiator Michel Barnier told the MEPs before heading to talks with his UK counterpart David Frost that Friday marked a “moment of truth”.

“We have very little time remaining, just a few hours to work through these negotiations… if you want this agreement to enter into force on January 1,” he said.

Britain’s Prime Minister Boris Johnson, visiting Bolton in northern England, said: “Our door is open. We will keep talking but I have to say that things are looking difficult and there’s a gap that needs to be bridged.

“We have done a lot to try and help, and we hope that our EU friends will see sense and come to the table with something themselves,” he said.

Britain left the EU on January 31 and will leave the EU single market on December 31 at midnight, with or without a follow-on accord.

Without a trade deal, cross-Channel trade will be conducted on basic WTO rules and a market built over 47 years of economic integration will be disrupted by tariffs on goods.

According to reports, Britain is adamant that it will decide who gets to fish it in its waters after January 1, but Brussels wants to secure a long-term agreement guaranteeing access for EU boats.

Meanwhile, unprecedented numbers of heavy goods vehicles are seeking to cross from France to Britain as the post-Brexit transition period comes to a close.

Traders are rushing to stockpile goods before December 31, exacerbating delays caused by the pre-Christmas rush and disruption to shipping from the coronavirus crisis.