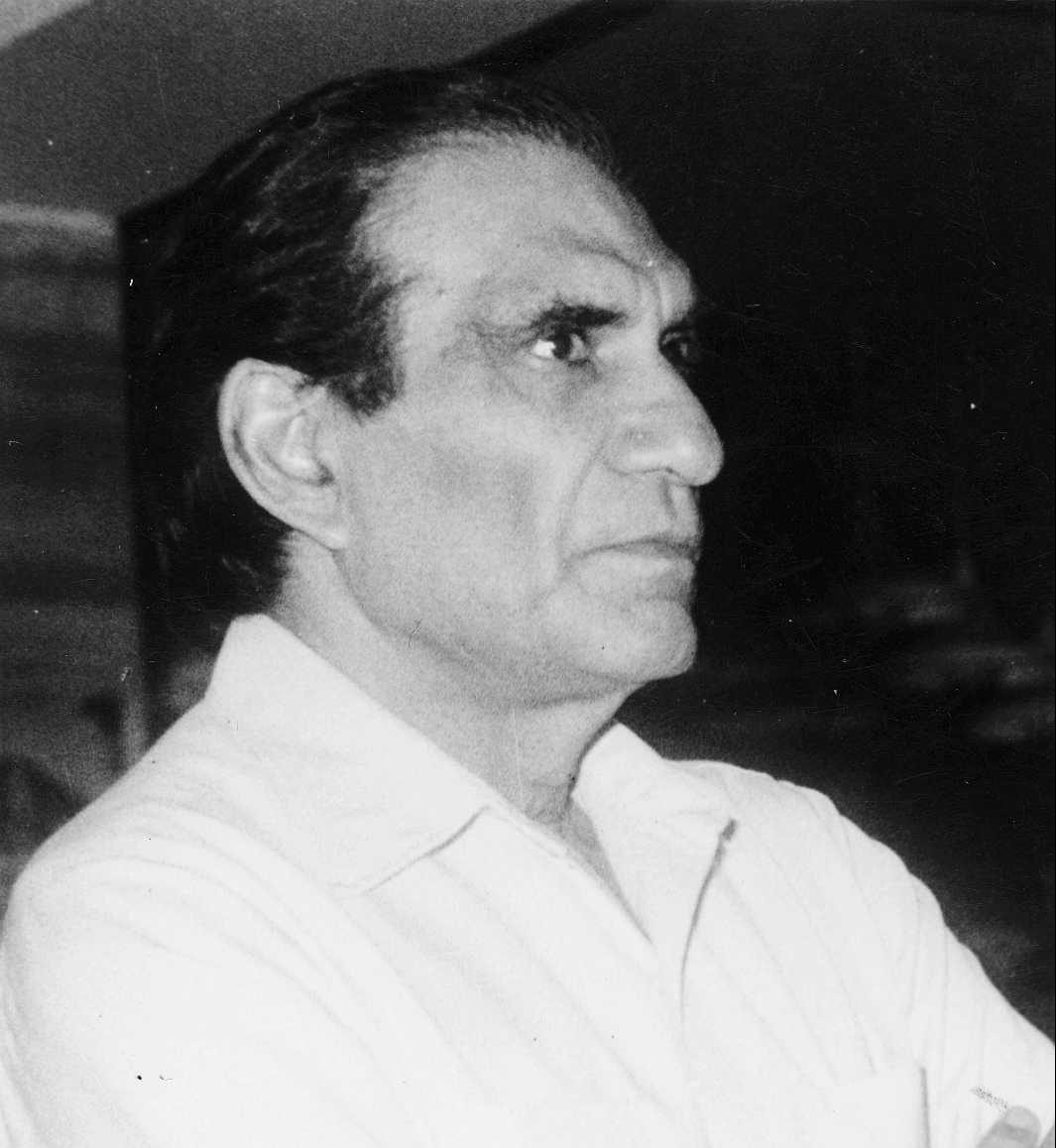 BR Chopra rose from humble beginnings to become one of India’s greatest and most influential filmmakers.

Born April 22, 1914, the magnificent movie giant was given India’s highest cinema prize, the
Dadasaheb Phalke Award, and continued his creative journey right until the end. He passed away on November 5, 2008, aged 94, and will rightly be remembered on his death anniversary this week.

To mark the occasion, Eastern Eye prepared a watch list of his 20 greatest movies. (Special
mention to iconic TV serials he made like Mahabharat and Ramayan)

Afsana (1951): After a low-key filmmaking debut with Karwat (1949), the journalist turned producer-director announced his arrival with this interesting drama about twins, headlined by established superstar Ashok Kumar. This would trigger a trend of big named Bollywood stars playing double roles on screen. It would also inspire BR Chopra’s 1972 thriller Dastaan.

Chandni Chowk (1954): BR Chopra directed the Muslim social drama starring Meena Kumari, which revolves around an arrogant Nawab who is tricked into getting his daughter married to someone well beneath her social status. Instead of backing down, she goes ahead with the union and faces challenges. The successful film would inspire Chopra to set up his own production banner.

Ek Hi Raasta (1956): The ambitious producer-director finally launched his legendary production house BR Films with this family-drama and was able to take full creative control. That enabled him to make this taboo-busting story of a man who marries a widow with a child, and like most of his subsequent movies, it would be musically strong. It was later remade in Telugu as Kumkuma Rekha (1960) and Tamil as Pudhiya Pathai (1960).

Naya Daur (1957): The man versus machine drama is arguably the greatest film of BR Chopra’s career. The compelling human story starring Dilip Kumar and Vyjayanthimala weighed up old traditions against modern technology. It had many memorable moments, great performances, an incredible soundtrack, and would later inspire many films, including Oscar nominated historical Lagaan (2001). It would also push other filmmakers at the time to shoot on real locations. A colourised version was successfully re-released in 2007.

Sadhna (1958): The top filmmaker tackled another taboo issue with this terrific tale of an honest man who gets a prostitute to pose as his fiancé. She gradually wins over everyone but must deal with the fallout when her secret emerges. The box office hit would get a Filmfare Best Film award nomination and Chopra would successfully remake it 25 years later as Tawaif (1983).

Dhool Ka Phool (1959): BR Chopra produced this film, which was the stunning directorial debut of his younger brother Yash Chopra and the beginning of a remarkable journey for him. The story of a Muslim man bringing up an ‘illegitimate’ Hindu child put across the message of humanity and remains relevant more than 60 years later.

Kanoon (1960): The visionary genius did the unthinkable by producing and directing the first songless film in a commercial Bollywood space dominated by music. The result was a gripping courtroom drama that expanded the horizons of Hindi cinema and offered something new to audiences. It won multiple honours, including a National Film Award for Best Feature Film in Hindi and a Filmfare Best Director honour for BR Chopra.

Dharmputra (1961): He produced this second directorial outing of his brother Yash Chopra, which was based on a novel of the same name. The successful film reversed the troupe of Dhool Ka Phool, with a Hindu family bringing up an illegitimate Muslim child and tackled themes like religious fundamentalism head on. Another film that remains relevant today, it won BR Chopra one more National Film Award for Best Feature Film in Hindi.

Gumrah (1963): BR Chopra made it a hattrick of National Film Awards for Best Feature Film in Hindi with this all-time classic. He produced and directed the movie, which was ahead of its time and revolves around a woman who marries the widowed husband of her sister but remains in love with another man. The conflict of a woman caught between her husband and a former flame would inspire films in subsequent decades like Woh Saat Din (1983) and Hum Dil De Chuke Sanam (1999).

Waqt (1965): BR Chopra produced the iconic film, directed by his brother Yash Chopra, about a family separated after an earthquake and the three brothers growing up in different surroundings. Apart from introducing the multi-starrer, the movie also popularised the lost and found formula in Bollywood. It would receive a Filmfare award nomination for Best Film and had legendary song Aye Meri Zohra Jabeen.

Hamraaz (1967): The cinema genius won yet another National Award for Best Feature Film in Hindi for this suspense thriller and once again dared to be different with the storyline. The twist-laden story loaded with plenty of surprises was different to commercial Bollywood films being made at the time and that connected strongly with audiences.

Ittefaq (1969): Yash Chopra directed another unique film for his ace producer brother with this gripping drama based on Hollywood classic Signpost to Murder (1965). The rule-breaking murder mystery starring Rajesh Khanna and Nanda had no songs. It was loaded with twists and stood out from the musicals being made. Yash Chopra would win a Filmfare Best Director award and there would be a Bollywood remake in 2017.

Dhund (1973): BR Chopra was back on directing duties with this Hindi thriller inspired by Agatha Christie play The Unexpected Guest (1958). The murder mystery was another movie that made audiences think and threw unexpected surprises throughout the story. It would become a huge hit, and like most of his previous releases stood apart from formula-driven Bollywood movies being made at the time.

Chhoti Si Baat (1976): This relatively low-budget coming-of-age romantic comedy was a dramatic departure from the multi-starrers, loaded with grey-shaded characters BR Chopra normally made. He was on producing duties and put full faith in future legend Basu Chatterjee to direct the story of a painfully shy young man’s journey towards true love. It would win a Filmfare Award for Best Screenplay and get multiple other nominations, including Best Film.

Karm (1977): The first movie a young Urmila Matondkar appeared in as a child artist was produced and directed by BR Chopra. The multi-layered film tackled taboo subjects, like an unmarried live-in couple, a child out of wedlock, and superstition. The successful movie, headlined by Rajesh Khanna, had ideas that would later be used in subsequent films.

Pati Patni Aur Woh (1978): Action and masala escapist entertainers were dominant in Bollywood during the late 1970s, but the rule-breaking filmmaker decided to produce and direct this comedy about a married man thinking about cheating on his wife. It would win a Filmfare Best Screenplay award and later have a contemporary Bollywood remake in 2019.

Insaf Ka Tarazu (1980): The unpredictable producer-director delivered this successful revenge drama, which received a Filmfare Best Film nomination. Zeenat Aman headlined the story of a woman who is forced to take the law into her own hands. The big box office hit was later remade in Telugu as Edi Dharmam Edi Nyayam? (1982).

Nikaah (1982): The producer-director offered up another strong female character with his marital drama and gave singer turned actress Salma Agha her biggest movie highlight. She plays a woman, who is unfairly divorced and reconnects with a man who once loved her. The beautifully crafted film, which had multiple award nominations, was elevated further by the great soundtrack.

Aaj Ki Awaaz (1984): BR Chopra produced this action drama directed by his son Ravi Chopra. The story based on Hollywood film Death Wish II revolves around a professor disillusioned with the justice system, who then becomes a vigilante, and takes the law into his own hands. Although the film received criticism for gratuitous violence, it didn’t stop it from becoming a success and getting multiple award nominations.

Baghban (2003): BR Chopra had conceived the story for this family drama in the 1960s and completed the screenplay by the early 1970s. He then finally produced the film, with his son directing, and received multiple award nominations for it. Amitabh Bachchan and Hema Malini played the ageing couple, who are badly let down by their children. (Special mention also to Baabul (2006), which he produced, and put across an important message of a man helping his widowed daughter-in-law find love again).