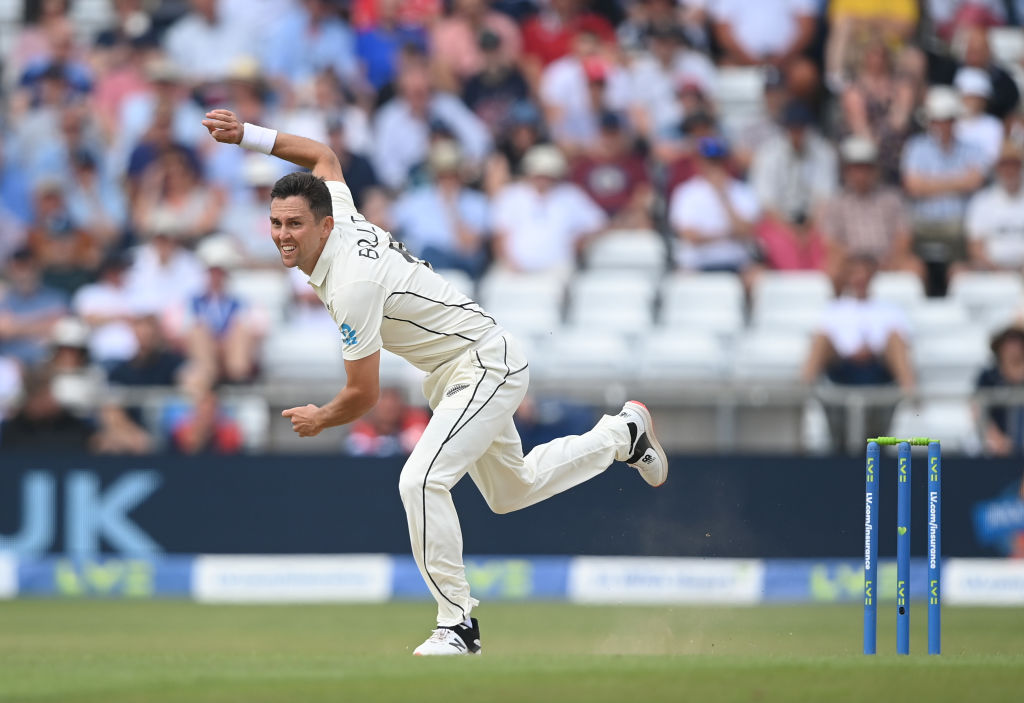 World-class fast bowler Trent Boult was released from his central contract with New Zealand Cricket (NZC) at his own request on Wednesday so he can spend less time travelling and more time at home with his family.

The 33-year-old, who has played 70 tests and 137 limited overs internationals since 2011, will continue to play for his country but have a “significantly reduced role”, NZC said.

“This has been a really tough decision for me … playing cricket for my country was a childhood dream and I’m so proud of everything I’ve been able to achieve,” Boult said in an NZC statement.

“Ultimately this decision is about my wife Gert and our three young boys. Family has always been the biggest motivator for me and I feel comfortable with putting it first and preparing ourselves for life after cricket.”

Boult and Tim Southee have been one of the most feared strike partnerships in international cricket over the last decade, helping New Zealand to the inaugural World Test title last year and the finals of the last two 50-overs World Cups.

Boult will make himself available for domestic leagues, NZC said and had accepted that his decision would have an impact on his international career.

“I still have a big desire to represent my country and feel I have the skills to deliver at international level,” Boult added.

“However, I respect the fact that not having a national contract will affect my chances of selection.”

While top cricketers have always spent plenty of time away from home, the impact of the COVID-19 pandemic has meant longer stints in more arduous conditions over the last couple of years.

“He’s been completely honest and up-front with us about his reasoning and, while we’re sad to be losing him as a fully-contracted player, he leaves with our best wishes and our sincere thanks.”