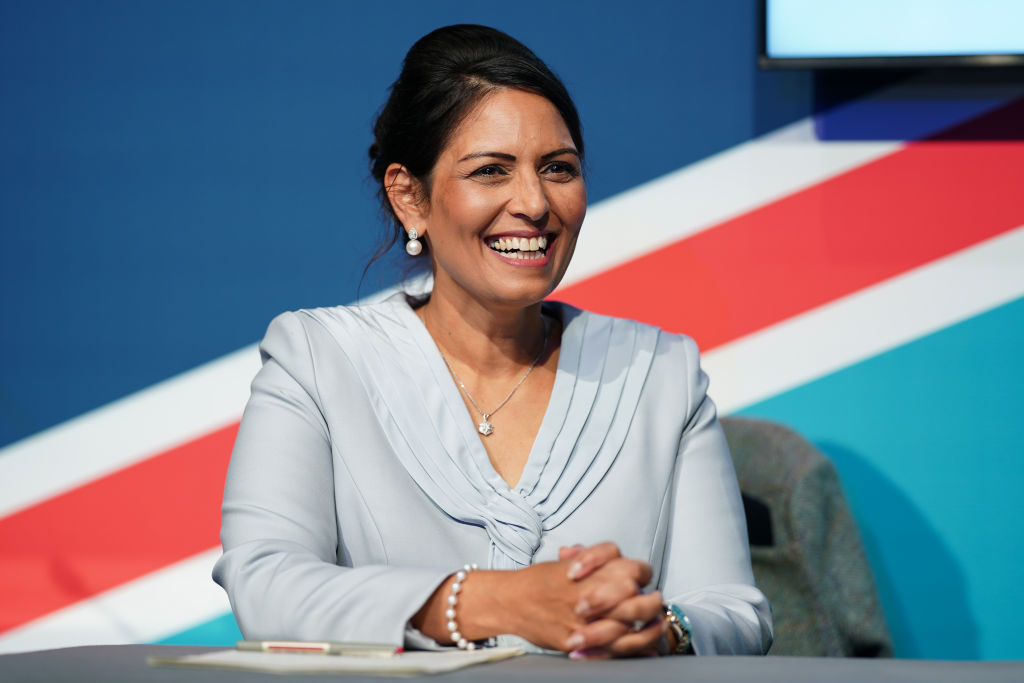 Priti Patel, a loyalist of former British Prime Minister Boris Johnson, on October 24 came out in support of Rishi Sunak to take over at 10 Downing Street as the Conservative Party leader after her former boss withdrew from the leadership contest.

The Indian-origin former Home Secretary, who resigned from the Cabinet when Liz Truss was elected the Prime Minister last month, said the Tories must put political differences aside to give Mr. Sunak the best chance of succeeding as the new leader.

Her intervention came as the former chancellor looks well poised as the frontrunner to make history as the first Indian-origin Prime Minister of the U.K., with publicly voiced support for Leader of the Commons Penny Mordaunt still well short of the 100-MPs threshold.
“In these difficult times for our country we must unite by putting public service first and work together,” tweeted Ms. Patel.
“We care about our country and with the enormous challenges upon us we must put political differences aside to give Rishi Sunak the best chance of succeeding,” she said.

It came alongside her Deepavali tweet, with images of the senior Tory MP at a temple lighting candles.
“The Hindu Festival of Light, is an auspicious and joyous festival. It is a time for self-reflection, family, friends and service to others. I wish everyone a very blessed and happy Diwali,” she said.

It follows a dramatic weekend when Johnson declared that though he had met the “high hurdle” of 102 nominations, enough to make the shortlist in time for the Monday deadline, he had decided not to proceed in the interest of party unity.

“There is a very good chance that I would be successful in the election with Conservative Party members – and that I could indeed be back in Downing Street on Friday. But in the course of the last days, I have sadly come to the conclusion that this would simply not be the right thing to do. You can’t govern effectively unless you have a united party in Parliament,” he said in a statement. Mr. Sunak took to Twitter soon after to praise his record in office, in an apparent outreach to the Johnson loyalists within a divided Tory party.

Mr. Sunak said: “Boris Johnson delivered Brexit and the great vaccine roll-out. He led our country through some of the toughest challenges we have ever faced, and then took on Putin and his barbaric war in Ukraine. We will always be grateful to him for that.
“Although he has decided not to run for PM again, I truly hope he continues to contribute to public life at home and abroad.” There had been much talk of a rapprochement between the duo, who worked side by side at No. 10 and 11 Downing Street as the Prime Minister and Chancellor during the course of the COVID-19 pandemic.

However, it was the pandemic lockdown law-breaking partygate scandal that ultimately brought their partnership to a halt in July when Mr. Sunak’s resignation from Cabinet set events in motion that ended in Mr. Johnson’s own exit.