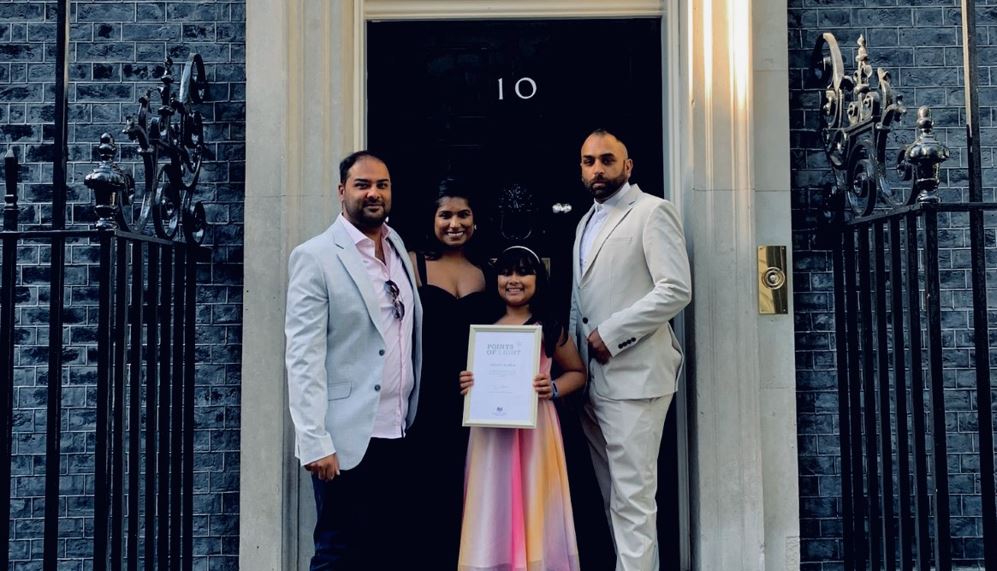 During the meeting on Tuesday (9), Johnson exuded confidence that his successor will have the fiscal firepower and the headroom to continue to look after people.

Gadhia from Nottinghamshire, who recently won the ‘Child Of Britain Awards 2022’ said: “I am so happy to meet Johnson and I’m so thrilled to be again nominated for this award as I won it last year in 2021.”

Rai said that Aleesha is an inspiration to numerous people.

Johnson said: “In these difficult financial times people are feeling the squeeze across our country and they’re feeling the impact in particular of the energy price spikes that are being caused by (Vladimir) Putin’s war in Ukraine and of course, it’s right that the government is doing everything that we can to help and we’re putting £1,200 into the pockets of the eight million most vulnerable households and £400 for everybody to help with the cost of energy, £300 for pensioners, £150 off council tax, and the money will keep coming in throughout the autumn, more coming in September and October.

“And of course, as some of you may have picked up, this is going to be one of my last events in the garden in Downing Street and there will be a new prime minister very shortly, I can tell you for certain it will be either a man or a woman.”

He added that he will make some announcements in September/October about what we’re going to do further to help people in the next period in December/ January.

In the audience was 7-year-old Tom Hudgel who had his both legs amputated and has raised £1 million.

“Tony has already raised £1 million for the hospital that helped I think to save your life, Tony, and you’ve also instituted Tony’s Law to make sure that people do not suffer the kind of abuse that you suffered so tragically and thank you, Tony, for coming,” Johnson added.