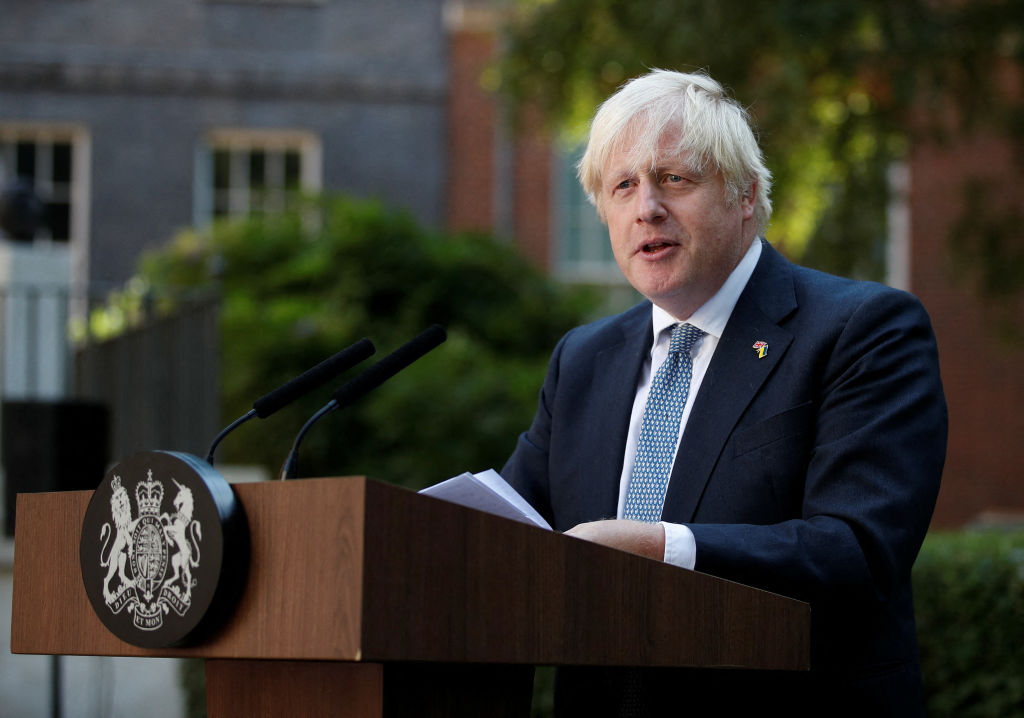 Outgoing British Prime Minister Boris Johnson has defended leaving his successor, either former Chancellor Rishi Sunak or Foreign Secretary Liz Truss, to deal with the soaring inflation and cost-of-living crisis, saying he is confident the government will have the fiscal firepower and the headroom to look after people.

Addressing a Downing Street reception on Tuesday evening, Johnson said he was “absolutely certain” his successor would do more to help people with rising fuel bills. It came as Downing Street had ruled out any fresh government spending commitments during Johnson’s remaining time in office, despite pressure from Opposition parties.

“Whoever he or she may be, they, I’m absolutely certain, will be wanting to make some more announcements in September, October about what we’re going to do further in the next period, in December, January, Johnson said, with reference to the finalists in the Conservative Party leadership race Sunak and Truss.

“I just want you to know that I’m absolutely confident we will have the fiscal firepower and the headroom to look after people as we’ve done throughout,” he said.

While Truss has promised immediate tax cuts, her rival Sunak has vowed targeted support to provide more money to vulnerable households if elected early next month.

But the Opposition Labour Party accused the Conservative government of leaving a “political vacuum” and called on Johnson and the prime ministerial hopefuls not to wait but to act now.

“There is a lot that we need to do, but at the moment what we have got is bickering in the Conservative party, a race to the bottom amongst the candidates, an absent Prime Minister nowhere to be seen, David Lammy, Labour’s Shadow Foreign Secretary, told the BBC.

“We have got this political vacuum as people worry, fret, and struggle into dealing with this crisis. This needs a rapid response from the government and it needs a response now why are we waiting We had a debate about having the prime minister in office. He’s in office. He can act,” he said.

Meanwhile, in an interview with the ITV channel, Sunak said he could not yet put a figure on the level of support because “we don’t know exactly what energy bills are going to go up by” but agreed it would amount to “hundreds of pounds more”.

He has said the extra help can be funded whilst keeping additional public borrowing to an “absolute minimum” by making “efficiency savings” in government.

“There is no doubt in my mind that more support will be needed. As soon as we know how much bills will go up by, I will act,” the Indian-origin former finance minister said.

Truss has instead focused on her pledge to lower taxes, which she argues will help households by putting more money in their pockets and boosting economic growth

“What I don’t believe in is taxing people to the highest level in 70 years, and then giving them their own money back. My fundamental principle is that people keep more of their own money,” she told reporters.

It comes as the Bank of England predicted inflation, or the pace at which prices rise, will hit 13 per cent and could plunge the UK into a recession later this year.

The issue has emerged as the focal point of the battle for 10 Downing Street, with an estimated 180,000 Tory members voting this month via postal and online ballots to choose between Sunak and Truss as the new party leader and Prime Minister to be known by September 5.