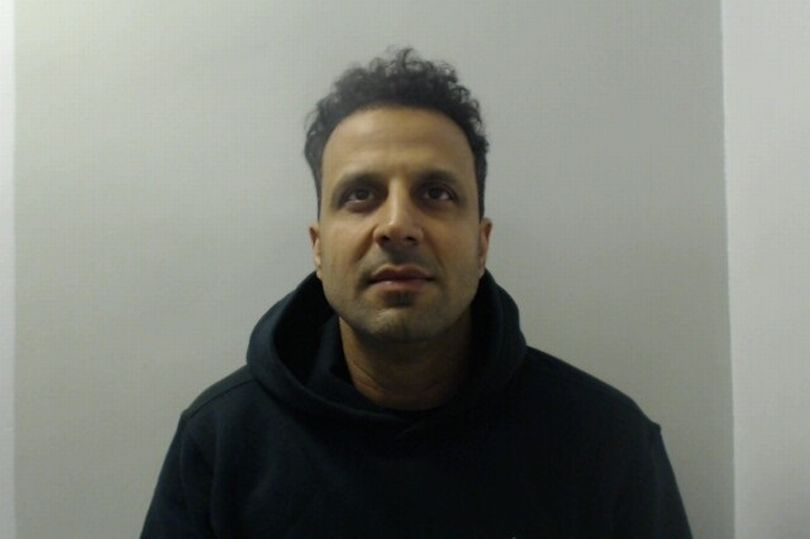 A Bolton businessman who led a double life has been jailed for 23 years for supplying 537 kg of drugs worth £40 million, according to media reports.

A court heard that Irtiza Bashir, who owned two luxury homes and drove a Bentley, used Encrochat to hatch plans to smuggle huge quantities of cocaine and cannabis from Holland to the North West.

His involvement in the drugs ring was revealed when police hacked into the system. Bashir, 46, was arrested on December 16 2021 after police raided his house in Lostock and his company Globe Recycling Services in Lancashire, media reports said.

According to reports, he kept secret notes on his Encrochat profile ‘Weststreet’ with import route and plans to hide the drugs in frozen chicken vans. Police also uncovered photographs taken from inside Bashir’s home.

Police said that he passed the message to Sohail Ali, 37, of Revridge Road, Blackburn, who had already pleaded guilty to drug trafficking. He will be sentenced on October 21.

Bashir denied the charges initially. He claimed that his wealth came from running his company, which he ran for 12 years. He told the court that the device had been used by his brother who had been visiting from the Middle East.

He added that he drew a £10,000 salary and rest of his money came from dividends.

After a nine day trial, a jury of eight women and four men at Bolton Crown Court found him guilty of conspiracy to supply drugs, conspiracy to import cocaine and cannabis and conspiracy to launder criminal cash.

Deputy Circuit Judge Elliot Knopf said: “Ultimately you chose to involve yourself in this activity. You attempted to reap the rewards that you say were available and have to pay a very heavy price for that.

Bashir’s lawyer Peter Wright KC told the court that his imprisonment would have a ‘disastrous effect’ on his teenage son, mother, as well as his father. He added that the ring leader has undertaken many charitable work in the past.

A Proceeds of Crime Act hearing in connection to the charges will take place on February 9, 2023.