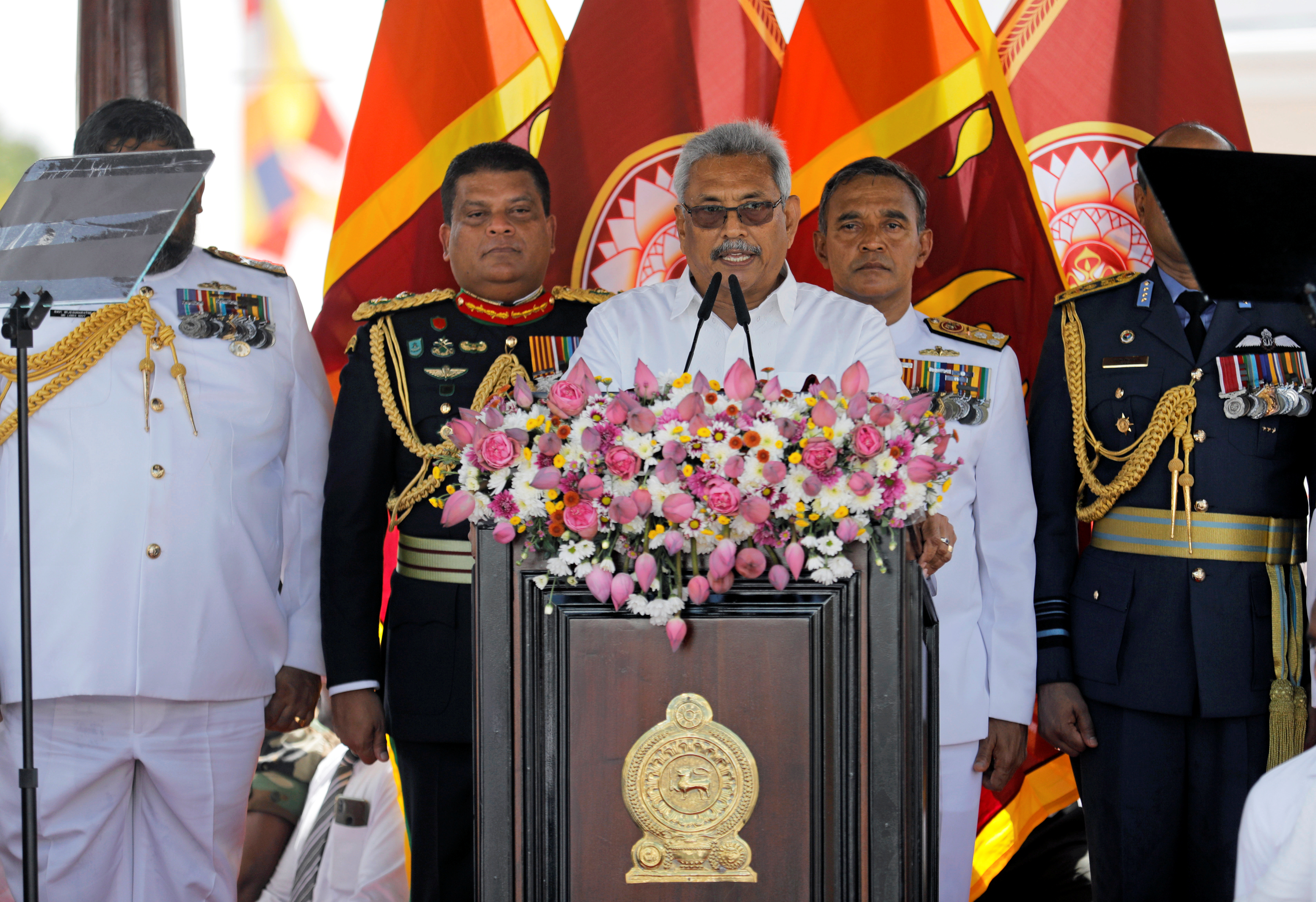 The winner of Sri Lanka‘s presidential election, Gotabaya Rajapaksa made national security his top priority after being sworn in on Monday at an ancient temple in the north-central city of Anuradhapura where he received blessings from Buddhist monks.

Nicknamed “The Terminator” within his own powerful political family, the 70-year-old former defence chief had made security his top campaign issue for a nation traumatised by the Easter bomb attacks by Islamist militants earlier this year.

Seen as a champion of the Indian Ocean island’s Buddhist Sinhalese majority, Rajapaksa oversaw the military defeat of Tamil separatists under his brother and then president Mahinda Rajapaksa 10 years ago.

“I consider the foremost responsibility of my government is to ensure the national security of my country,” Rajapaksa said in a televised speech at his swearing in ceremony attended by thousands of supporters.

“We will rebuild the state security machineries to secure the country from terrorism, underworld activities, robbers, extortionists.”

Rajapaksa also promised to protect Sinhala culture and heritage and provide state sponsorship to safeguard the morals, and traditional ways.

“As your new president, I request again to join as true Sri Lankans to develop this country,” Rajapaksa, who was dressed in a white short-sleeves shirt and a trouser.

Rajapaksa was declared winner in the presidential polls on Sunday after he defeated Sajith Premadasa, a housing minister in the current government.

Millions voted to elect a new president to lead the country out of its deepest economic slump in over 15 years, dragged down by its tourism sector following the April attacks on hotels and churches in which more than 250 people were killed. Islamic State claimed responsibility.

The previous government was heavily criticised over the failure of its intelligence agencies to act on information that attacks were being planned.

Some 70% of Sri Lanka‘s 22 million people are Buddhist Sinhalese, 14% are Tamil Hindus, Muslims make up 10%, while the rest are Catholics and other religions.

Rajapaksa, who is seen as close to China, requested all countries to respect Sri Lanka‘s sovereignty.

“We want to remain neutral in our foreign relations and stay out of any conflicts amongst the world powers,” he said in English during his speech that he gave largely in local Sinhala language.