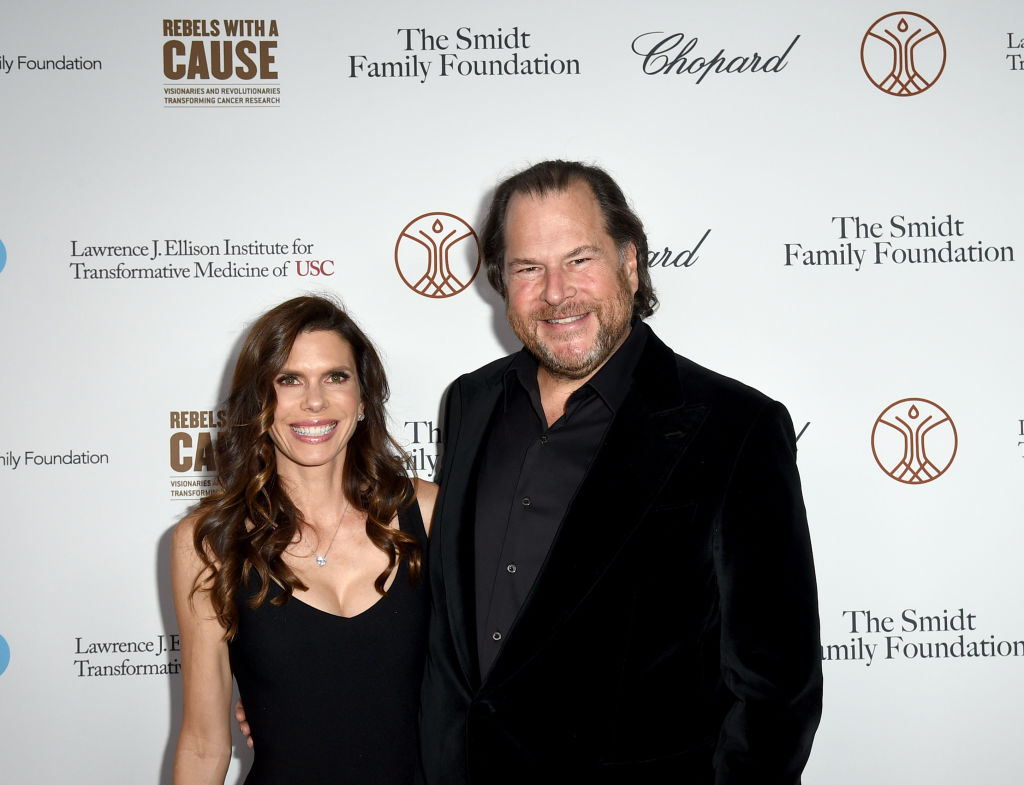 Silicon Valley billionaire Marc Benioff has revealed that an Indian guru named Mata Amritanandamayi known as ‘the hugging saint’ taught him the ‘life-changing power of giving’.

‘It was she who introduced me to the idea, and possibility, of giving back to the world by pursuing my career ambitions. I realised that I didn’t have to make a choice between doing business and doing good. I could do both,” Benioff, the founder and CEO of Salesforce, told the Sunday Mail.

The 55-year-old philanthropist met Mata Amritanandamayi whom he calls ‘Amma’ (Mother) in India with his friend years ago.

‘I’m with a friend who is Indian. He’s telling her [the guru] about the challenges in his life and his struggles and about this business that he was going to start. I thought he was going to ask her to invest, he was quite aggressive,” says Benioff.

‘Then she looked right at me and said, ‘In your quest to change the world, don’t forget to do something for somebody else.’

Soon after that encounter, Benioff founded Salesforce, which employs 50,000 people around the globe including more than 1,500 in the UK.

For Benioff, philanthropy has shaped his beliefs since that meeting with Mata Amritanandamayi (she remains a friend to this day, along with some even better-known spiritual advisers, including the Dalai Lama).

Now, Salesforce is the world leader in ‘customer relationship management software’ which uses the cloud to help businesses organise information about their customers and has an annual revenue of £13 billion.

Last week, a consortium led by the Daily Mail, Salesforce and UK asset management firm Marshall Wace, set up a charity called the Mail Force Charity to tackle the urgent shortage of personal protective equipment (PPE) in the Covid-19 emergency in Britain.

The tech tycoon donated £1 million of his fortune to support the charity along with another £1 million from Salesforce. In total he has spent around £20 million sourcing and supplying PPE to hospitals around the world.

The Mail Force Charity was launched with one aim to help support NHS staff, volunteers and care workers fight back against Covid-1 in the UK.

At least 50 employees at Salesforce have now been affected by coronavirus.

“This virus does not discriminate. It doesn’t matter what religion you are, or gender, or sexual orientation or the colour of your skin. The virus goes after all of humanity with equanimity, so that is unifying for us to realise that we are one community.”