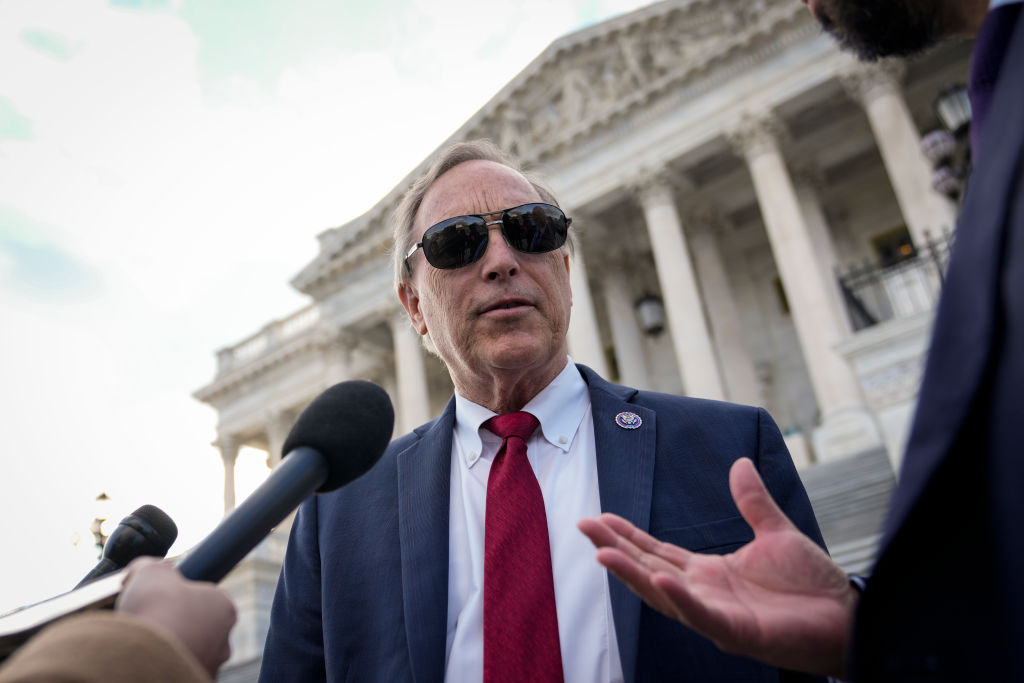 WASHINGTON, DC – NOVEMBER 17: Rep. Andy Biggs (R-AZ) speaks to reporters as he leaves the U.S. Capitol after the last House votes of the week on November 17, 2022 in Washington, DC. Earlier in the day, Speaker of the House Nancy Pelosi (D-CA) announced that she would not be the Democratic leader in the 118th Congress. Pelosi is the first woman to be Speaker of the House and has served in the House of Representatives since 1987. (Photo by Drew Angerer/Getty Images)

A US lawmaker has introduced legislation in the US House of Representatives that seeks to terminate Pakistan’s designation as a major non-NATO ally, and require annual certification from the president with certain conditions for Islamabad to be given such a designation.

The bill (HR 80) was introduced by Congressman Andy Biggs, who represents the fifth Congressional district of Arizona.

It needs to be passed by the House and the Senate before it can be signed into law by the US President, and has been sent to the House Foreign Affairs Committee for necessary actions.

Normally, such bills do not fructify, but the present bill reflects the sentiments of the lawmakers against Pakistan, which is known for harbouring terrorism and using it as a matter of State policy.

For any further continuation of Pakistan’s designation as a major non-NATO ally, the bill asks the US president to issue a certification that the country has shown progress in arresting and prosecuting Haqqani Network senior leaders and mid-level operatives and has taken steps to demonstrate its commitment to preventing the Haqqani Network from using any Pakistani territory as a safe haven.

Both conditions are seen to be a tall order for Pakistan given that many in the US believe the Haqqani network to be a veritable arm of the ISI.

The bill also wants a certification from the US President that Pakistan actively coordinates with Afghanistan to restrict the movement of militants, such as the Haqqani Network, along the Afghanistan-Pakistan border.