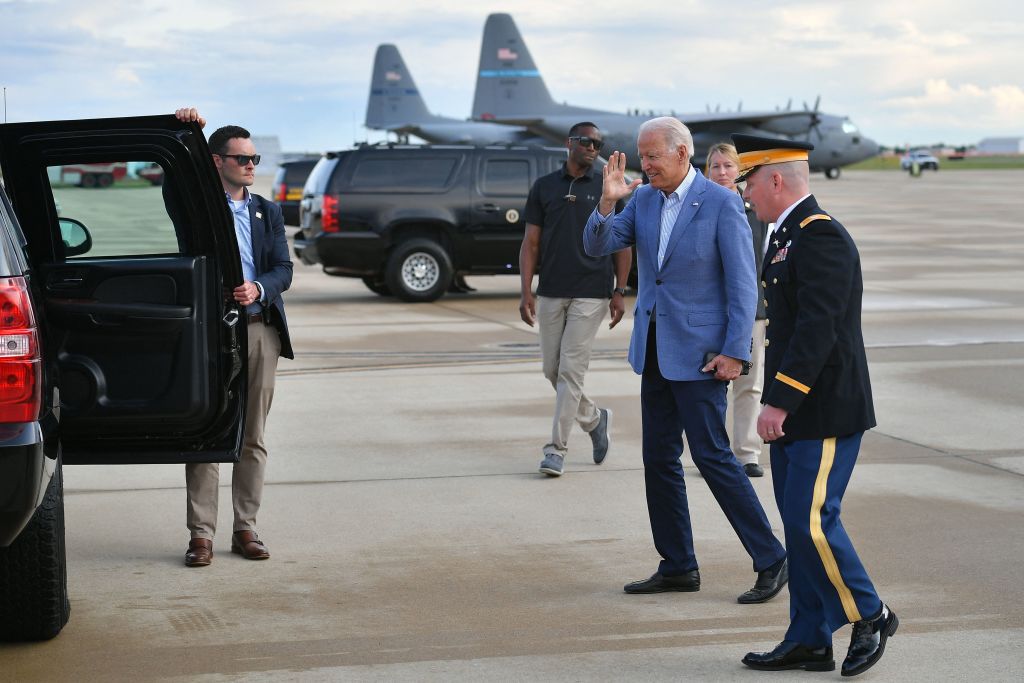 American president Joe Biden is among the few foreign dignitaries allowed to use their own cars to the venue of the Queen’s funeral while other world leaders would have to use a shared bus, media reports said.

The funeral for Elizabeth II who died in Scotland last week will be held on Monday amid an outpouring of grief for Britain’s longest reigning monarch who enjoyed wide popularity in the kingdom.

More than 100 heads of state, including Indian president Droupadi Murmu, are expected to attend the UK’s biggest state event in decades. The sheer scale of turnouts at the funeral is likely to pose logistical challenges for the host government which has asked foreign leaders to use shared transportat on the occasion.

However, Biden will be able to use the Beast – the armoured Cadillac – because of his security requirements.

Similar exemptions are also made for French president Emmanuel Macron, Japanese Emperor Naruhito and Israeli leader Isaac Herzog, with a government source telling The Times that it would not be appropriate to ask G7 leaders to “take a bus”.

However, dignitaries are asked to be as flexible as possible during the event.

King Philippe and Queen Mathilde of Belgium, King Carl XVI Gustaf and Queen Silvia of Sweden, King Willem-Alexander and Queen Maxima of the Netherlands and King Felipe and Queen Letizia of Spain are likely to witness the funeral. But Ukraine president Volodymyr Zelensky may not travel to London given the country’s ongoing conflict with Russia.

While the heads of government of Australia and New Zealand have confirmed their attendance, no invitation is extended to former leaders including Donald Trump of the US, because of space constraints.

Russia and North Korea are expected to be represented but the UK has not invited its former colony Myanmar with which it has no diplomatic relations.

There will be a reception for visiting heads of state from Commonwealth nations and key allies of the UK.