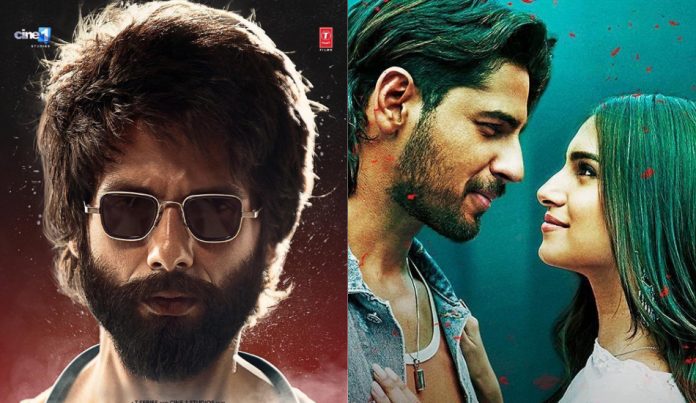 Music is a very important element in a film. It is said that if the trailer is interesting and the songs are good then the half race is won. In 2019, we heard many songs that impressed us a lot. It was clearly a good year for Bollywood when it comes to music.

So, let’s look at the best Bollywood music albums of 2019…

Salman Khan’s production venture Notebook didn’t really do well at the box office. But the movie was quite good, and even the songs of the movie impressed us a lot. From Safar to Bumro to Nai Lagda, songs of Notebook were wonderfully composed by Vishal Mishra.

Abhishek Varman’s Kalank starring Madhuri Dixit, Sanjay Dutt, Alia Bhatt, Varun Dhawan, Aditya Roy Kapur, and Sonakshi Sinha is one of the biggest disasters of the year. However, we cannot ignore that the songs of the film were damn good and watching Madhuri Dixit dance on Tabaah Ho Gaye was clearly a treat. The songs of the film were composed by Pritam.

Nowadays it’s very rare that all the songs in a film are so good that they become a chartbuster. But this year that happened with Kabir Singh. Each and every song of the film was simply fantastic; hats off to music composers, Sachet-Parampara, Vishal Mishra, Mithoon, Akhil Sachdeva, and Amaal Mallik.

We can clearly say that it was a Vishal Mishra year. After impressing us with his music in Notebook and Kabir Singh, it was time to enjoy his music in Saand Ki Aankh. The songs of the film were damn good, just like the movie. From Udta Teetar to Womaniya to Baby Gold, all songs of Saand Ki Aankh were very well composed and sung.

If we talk about the best music albums of the year, Marjaavaan has to be on the list. The songs of the Milap Zaveri directorial were beautiful and touched the right chords of our hearts. Payal Dev, Tanishk Bagchi, Meet Bros, and Aditya Dev did a great job with the music. We won’t be wrong if we say that music was one of the best elements of Marjaavaan.

Good Newwz is yet to hit the screens, but the songs of the film are out and they are amazing. From Chandigarh Mein to Sauda Khara Khara to Maana Dil, all the songs of the movie have impressed us. We are sure music is one of the reasons people are keenly waiting for the movie.