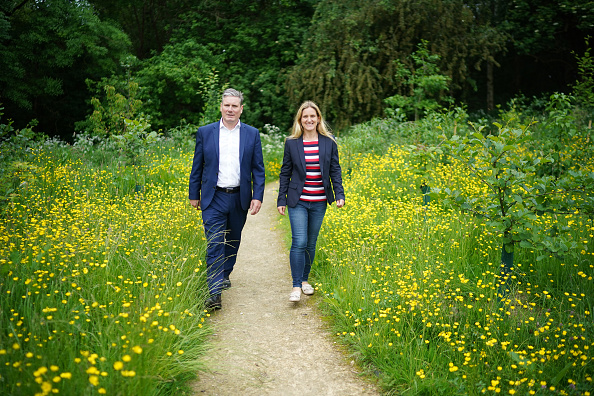 A LABOUR official’s reported claim, that antisemitism among Muslims was responsible for the party’s bad polling, is not being taken well by Muslim voters in Batley and Spen, media reports claim, who are now looking for options other than Labour party, proposing a major shift in vote share.

Upset over Keir Starmer’s apathy towards Islamophobia and the party’s stance on foreign policy issues such as Palestine and Kashmir, Muslim voters have reportedly made clear their unhappiness with the party.

The party’s Friday (18) canvassing outside Jamia Masjid in Heckmondwike featuring its candidate in the Batley and Spen byelection, Kim Leadbeater, said to have received a hostile reception from voters.

The accusation like “you’ve taken our votes for granted” was repeatedly levelled at Leadbeater and Lisa Nandy, the shadow foreign secretary and Wigan MP, who joined her on the campaign trail.

Condemning how Starmer is vocal about antisemitism but not so much about Islamophobia, many Muslim voters have reportedly declared that they will not  vote for Labour for the first time.

“I’ve voted Labour my whole life but I won’t be blindly giving them my vote any more,” The Guardian quoted local resident Wajjad Hussain, 33, in a report on Sunday (20).

Meanwhile, Starmer is said to be under pressure to take “urgent action” after a senior Labour official’s remark, that antisemitism among Muslims was responsible for the party’s fall in popularity, was published in a media report. Labour has been “hemorrhaging” Muslims voters because of “what Keir has been doing on antisemitism,” the report quoted a senior Labour party official. The remark appears to be suggesting that Muslims oppose fighting anti-Jewish racism, something which is reportedly not taken well by the voters in Batley and Spen.

In a reported letter written to Starmer, the Labour Muslim Network has complained about the remark.

“This is a patently vile, Islamophobic briefing by a ‘senior Labour official’ to the Daily Mail,” Labour Muslim Network said in a statement posted on social media.

“This racism needs to be challenged urgently and publicly by the Labour leadership and the party as a whole. There can be no hiding behind the anonymity of the source and briefing.”

Labour won Batley and Spen in the 2019 general election with a majority of just 3,525 votes, a constituency where Muslim voters are in the majority. The party has pinned its hopes on Kim Leadbeater, the younger sister of Jo Cox, who was fatally stabbed by a white supremacist in the constituency in 2016.

Since Batley and Spen is one of the top 15 seats where Muslim voters have high impact, the shift in support is expected to damage Labour party.

Muslim communities have also reportedly been upset over Labour leader’s “on-the-fence” approach on the Israel and Palestine issue during the recent Gaza raids.