Based on his track record, it is clear Rishi is a man with a plan: Natasha Asghar 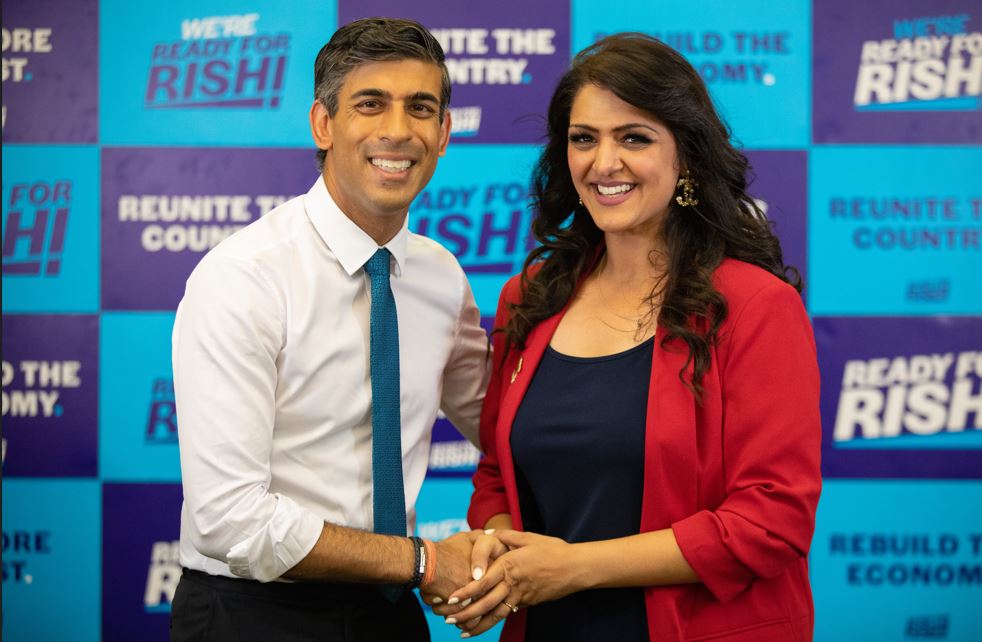 Being the first ethnic minority in any job brings a lot of pressure and becoming Prime Minister, particularly in the current climate, is no easy feat.

As the first woman of colour in the Welsh Parliament, I have no qualm in saying that any role where a person bears the cross of being “the first” has a lot of pressure associated with it – and it is no different for Rishi Sunak.

Having been part of the new Prime Minister’s campaign during the summer, I can confidently say that he has worked harder than anyone I have ever seen in his bid to make it to Number 10,

Many of Rishi’s views were similar to those I had been raised with.

My parents always told me: “debt is never good, and borrowing should only be done when it is utterly essential. Only spend what you can and try not to get into debt, but if you do, get out of it as soon as you can or you’ll end up drowning financially.”

Essentially, that is what Rishi was trying to explain all along during his original campaign earlier in the year.

The situation within the government over the past few weeks has vindicated him completely and his arguments on how to handle the cost-of-living alongside the financial struggles the country is facing made a lot of sense.

Many people I have spoken to since the results of the original leadership campaign were announced have regretted not supporting him in his bid.

The past is in the past though, but true to form, there is a South Asian saying: “what is destined for you, will always make its way to you” and it is clear Rishi was always going to make his way to Downing Street.

I was thrilled to hear that Rishi’s latest leadership bid proved successful with him now becoming the country’s first British Asian Prime Minister.

It is a huge achievement for us all and it has reinforced the fact that the Conservative Party is the party of true diversity.

We Conservatives believe in equality and diversity to a level that other parties can only dream of.

They say the proof is in the pudding so just look back through the party’s history. We have had three female leaders and now our first British Asian leader.

Not only that, but just take a glance at some of the hopefuls who stood in the summer leadership election when Boris Johnson announced he would be leaving Number 10.

In my eyes, Rishi Sunak is the man best placed to unite the party, stabilise the economy and deliver for people in all four corners of the United Kingdom

Despite calling for a general election, it has become clear that Keir Starmer and other opposition parties are out of ideas and don’t have a clue how to solve some of the big issues facing the country.

During the thick of coronavirus, not one of the opposition leaders brought any real solutions to the table.

Thanks to Rishi Sunak, countless jobs were saved through the furlough scheme, businesses were given a major boost through Eat Out to Help Out and much-needed loans were given to companies across the country to help them stay afloat.

Based on his track record, it is clear Rishi is a man with a plan. I know there will be difficult decisions ahead, but after every hardship comes a reward.

I am a firm believer that we should judge people on what they do – not where they are from, who they are married to, or what their race or religion is.

From the moment Rishi Sunak was announced as the favourite a lot of people started expressing hatred towards him, questioning his ‘Asian-ness’, his family, his politics, and his ethics.

The saddest part is that much of this stemmed from other British Asians ,in their pursuit to get their five minutes of fame, enjoying slamming the new Prime Minister who has achieved something they can only dream of doing.

Making history is great, living up to it is a pressure only that person can understand, but it’s vital people give that person the chance to deliver.

Trying to cut them down before they have even started their journey is unfair, unjust, and frankly not very British.

As a country which has always welcomed others with open arms, promoted diversity on all levels and is forward thinking, it’s important to uphold those values.

A man with a plan has stepped up to the plate to get this country out of a difficult situation and its imperative he’s given the time, dignity, and respect to carry out the job he’s been appointed to do.

As a British-born Asian politician, from a young age our parents always aspire for us to become doctors, teachers, lawyers, and dentists.

Well, on Monday, October 24, 2022, at 2pm, I think every Asian parent added Prime Minister onto the list of their desired professions for their children.