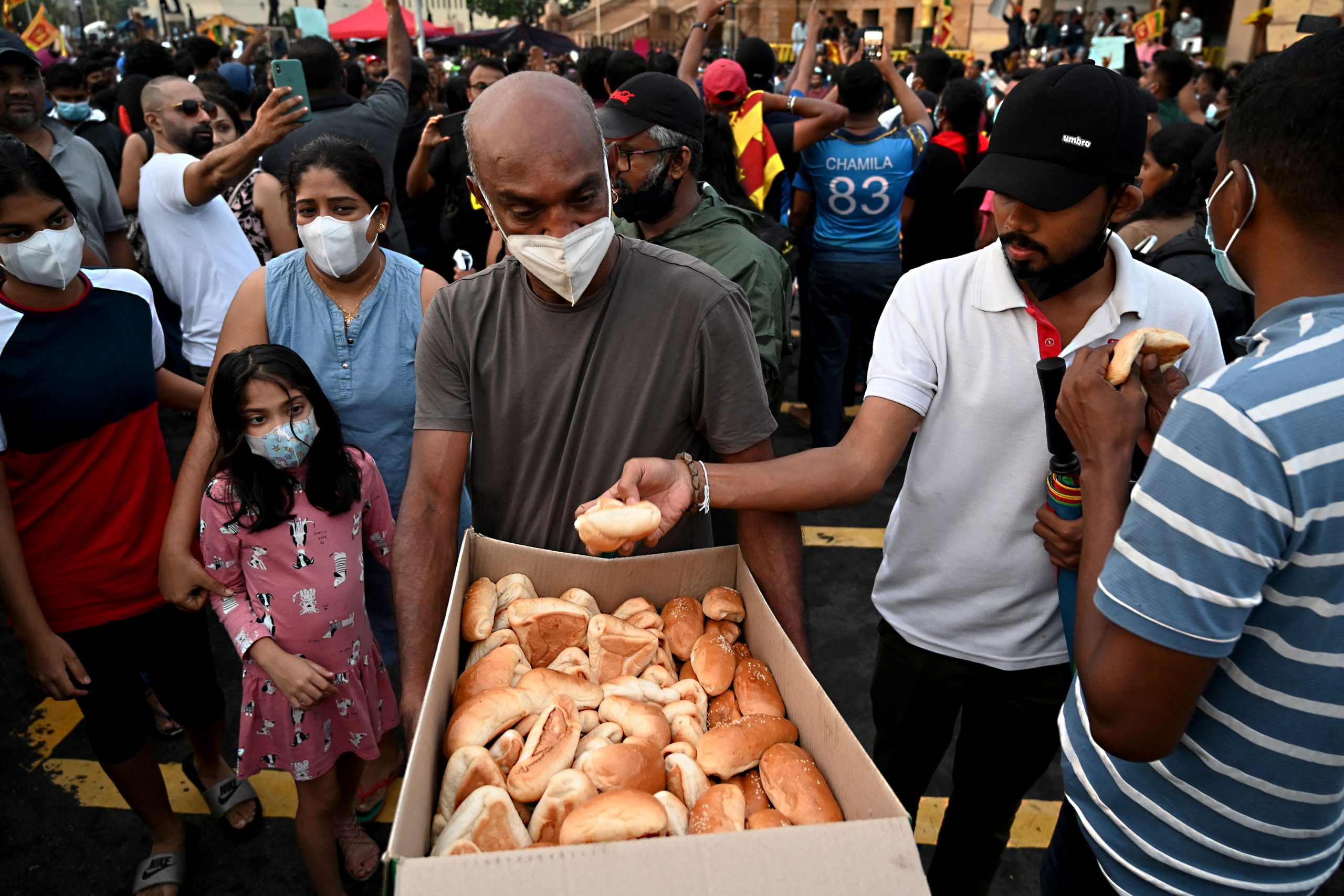 Sri Lanka urged its citizens overseas to send home money to help pay for desperately needed food and fuel Wednesday after announcing a default on its $51 billion foreign debt.

The island nation is in the grip of its worst economic crisis since independence in 1948, with severe shortages of essential goods and regular blackouts causing widespread hardship.

Authorities are weathering intense public anger and spirited protests demanding the government’s resignation ahead of negotiations for an International Monetary Fund bailout.

His appeal came a day after the government announced it was suspending repayments on all external debt, which will free up money to replenish scant supplies of petrol, pharmaceuticals and other necessities.

Weerasinghe said he had set up bank accounts for donations in the United States, Britain and Germany and promised Sri Lankan expatriates the money would be spent where it was most needed.

The bank “assures that such foreign currency transfers will be utilised only for importation of essentials, including food, fuel and medicines”, Weerasinghe said in a statement.

Tuesday’s default announcement will save Sri Lanka about $200 million in interest payments falling due on Monday, he said, adding that the money would be diverted to pay for essential imports.

Weerasinghe’s appeal has so far been greeted with scepticism from Sri Lankans abroad.

“We don’t mind helping, but we can’t trust the government with our cash,” a Sri Lankan doctor in Australia told AFP, asking for anonymity.

A Sri Lankan software engineer in Canada said he had no confidence that the money would be spent on the needy.

“This could go the same way as the tsunami funds,” he told AFP, referring to millions of dollars the island received in aid after the December 2004 disaster, which claimed at least 31,000 lives on the island.

Much of the foreign cash donations meant for survivors was rumoured to have ended up in the pockets of politicians, including current Prime Minister Mahinda Rajapaksa, who was forced to return tsunami aid funds credited to his personal account.

Sri Lanka’s snowballing economic crisis began to be felt after the coronavirus pandemic torpedoed vital revenue from tourism and remittances.

The government imposed a wide import ban to conserve dwindling foreign currency reserves and use them to service the debts it has now defaulted on.

But the resulting shortages have stoked public resentment, with day-long lines forming across the island for petrol and kerosene, the latter used for cooking stoves in poorer households.

At least eight people have died while waiting in fuel queues since last month.

The country’s Sinhalese and Tamil communities are marking their traditional new year this week but the shortages have sabotaged the ritual of making milk rice at an astrologically auspicious time, with both ingredients scarce.

Economists say the crisis has been made worse by government mismanagement, years of accumulated borrowing and ill-advised tax cuts.

Crowds have attempted to storm the homes of government leaders, and security forces have dispersed protesters with tear gas and rubber bullets.

Thousands of people were camped outside President Gotabaya Rajapaksa’s seafront office in the capital Colombo for a fifth straight day of protests Wednesday calling for him to step down.