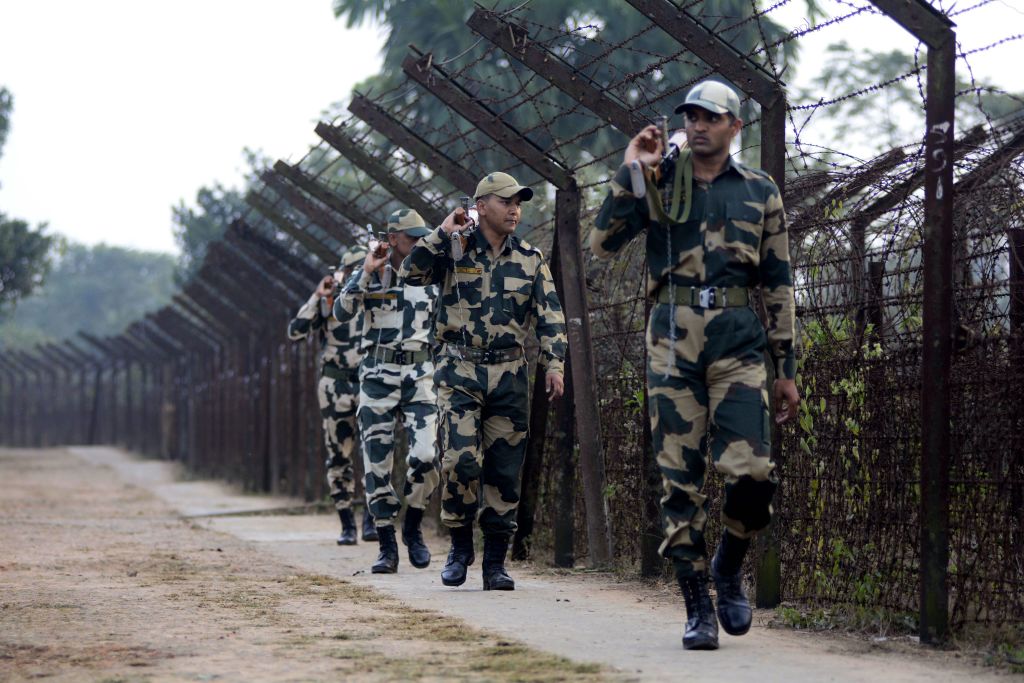 A 24-year-old Bangladeshi national was killed on Wednesday when BSF personnel fired to thwart a narcotics smuggling bid along the International Border in West Bengal, a senior officer of the force said.

The incident took place about 200 metres inside the Indian territory at around 1:40 am near border post Nawada in Malda district of the state.

The BSF has lodged a protest with its counterpart Border Guard Bangladesh (BGB), the officer said.

Giving details about the incident, he said, “About 15-20 miscreants (comprising both Indian and Bangladeshi smugglers) reached near the border fence for the smuggling bid”

“The Border Security Force jawans asked them to stop but they encircled them and attacked them with dah (large knife), bamboo sticks and stones,” the officer said.

The jawans, he said, tried to disperse them and fired non-lethal stun grenades but they continued with their “aggressive gesture and act.”

Subsequently, he said, the troops fired two bullet rounds “in self defence”.

A Bangladeshi man, who was shot at, was taken to a hospital where he was declared dead.

The killed Bangladeshi national has been identified as Ibrahim, and is a resident of Dhoolipara in Chapainawabganj district of Bangladesh which is about 6 km from the International Border.

A mobile phone, two iron ‘dahs’ and 197 bottles of Phensedyl cough syrup were seized from the spot.

The cough syrup is abused as a narcotics and Bangladesh has banned its usage.