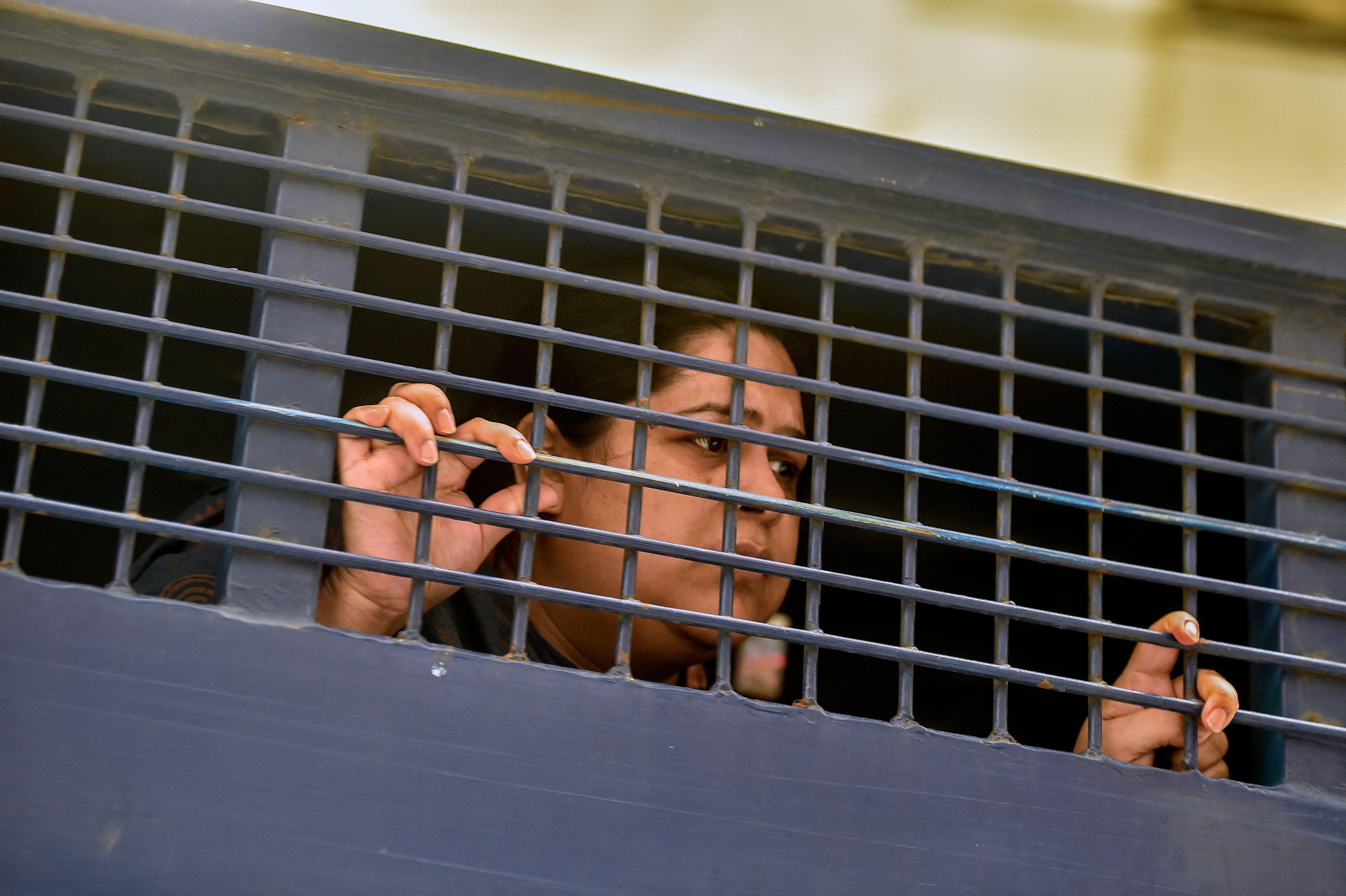 Investigative journalist Rozina Islam is seen inside a prison van in Dhaka on May 18, 2021 (Photo by Munir UZ ZAMAN / AFP) (Photo by MUNIR UZ ZAMAN/AFP via Getty Images)

A BANGLADESHI woman journalist was granted bail on Sunday (23) against the charges of stealing government documents related to negotiations on the purchase of coronavirus vaccines.

Her arrest triggered protests at home and abroad, including by the UN, and a week later she was granted bail till July 15 on a bond of Taka 5,000 (£48.12) with two guarantors and the condition of submitting her passport.

On Sunday (23) evening, she walked out from the Kashimpur Women’s Central Jail.

While pronouncing the bail order, the magistrate court in Dhaka said, “It is the duty of journalists to protect the image of society and state. I hope that from now on, we will all act responsibly.”

“I will most certainly continue working as a journalist,” 42-year-old Islam told journalists and a group of her supporters after coming out of the jail on the outskirts of the capital.

The health ministry filed a case against Islam under the 1923 Official Secrets Act that carries harsh penalties, including a possible death penalty.

Islam is an investigative journalist who has published several reports exposing the health ministry’s alleged malpractices during the Covid-19 pandemic, drawing public attention in recent months.

She also published several reports involving the health sector which included alleged graft in procurement at the health ministry, corruption in doctors’ recruitment and how urgent medical equipment for coronavirus treatment was left at Dhaka airport for months.

Several legal experts and senior lawyers said they could not recall any instance when the 1923 Official Secrets Act was used against any journalist.

Journalists’ unions and different media platforms staged demonstrations in Dhaka and other districts, demanding her release and punitive actions against the officials who “harassed” her.

The protests embarrassed senior government leaders while several ministers called the incident “unexpected” or “undesirable” and assured that Islam would get justice if proved innocent during the trial process.

The Detective Branch of police, meanwhile, has sought a court permission for the forensic examination of her seized cell phone.

“Journalists need to be able to do their work free of any sort of harassment or physical threat anywhere around the world. And, obviously, that includes Bangladesh and every other country. I think we have seen the very important work that journalists all around the world have done during the pandemic, and they need to be able to continue that work, wherever they may work,” Dujarric said at a regular media briefing at the United Nations headquarters in New York.