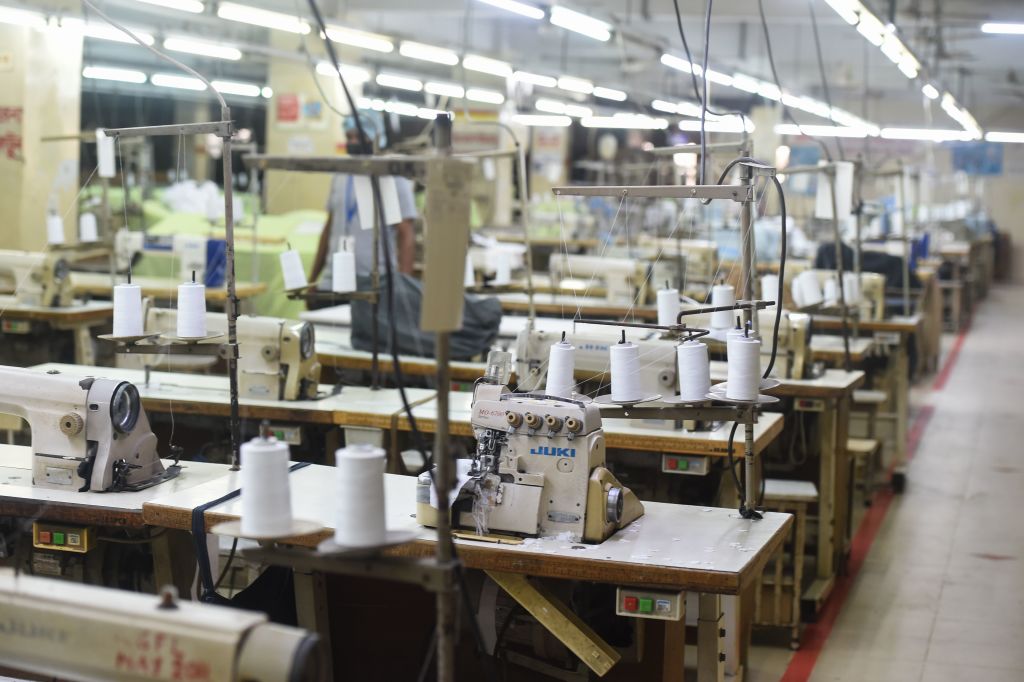 FILE PHOTO: A garments factory is seen empty during government imposed shutdown as a preventative measure against the COVID-19 coronavirus, in Dhaka. (Photo by MUNIR UZ ZAMAN/AFP via Getty Images)

Thousands of Bangladeshi garment workers are concerned about their income as factories remained shut after the cancellation of Western orders due to the coronavirus pandemic.

The workers were sent back home on Sunday as the factories were shut.

Bangladesh, which ranks behind only China as a supplier of clothes to Western countries, relies on the garment industry for more than 80% of its exports, with some 4,000 factories employing about 4 million people, mostly women.

The workers went to factories in Dhaka hoping to get paid for March and resume work after a 10-day break enforced by the government to tackle the spread of the coronavirus.

Although the government later extended the shutdown to April 14, workers said their owners asked them to return by April 5 .

“When they reached the factories this morning, most of the workers were told that they were laid off or that the factory would resume after the shutdown,” said Khadiza Akter, vice president of the union Sommilito Garments Sramik Federation.

Akter said thousands of workers had put their lives at risk due to “mismanagement” in a bid to get back to work, ignoring advice over social distancing and with police outside the factories telling them to return home.

“They didn’t have to come back. They could have been told on the phone about the factory closures,” she said.

Garment worker unions are calling on the government, buyers, or factory owners to pay workers who will struggle to feed themselves and their families with no income.

Babul Rahman, a garment worker who travelled more than 150 km (95 miles) from his hometown by auto-rickshaw and on foot with public transport suspended, was told on Sunday he was laid off.

“The management asked me to come here on April 5 and now they are closed,” Rahman, who asked to use a different name for fear of reprisals, told the Thomson Reuters Foundation.

“I had to spend thrice as much money to come to Dhaka because buses are closed due to the shut down.”

According to Bangladesh’s labour law, workers who have been laid off will be paid less than their usual earnings until the factories reopen, which Rahman said will hurt his family.

“Everything is more expensive because of the coronavirus as it is, and now if my salary decreases, I don’t know how I will survive,” said Rahman.

Bangladesh’s Ministry of Labour and Employment has asked garment factory owners not to sack workers and pay them full salaries for March by April 12.

“We know that there have been some issues, but we are hopeful that the owners will accept our request,” said a ministry spokesman Shib Nath Roy.

Two major industry bodies warned last week that Bangladesh was set to lose about $6 billion in export revenue this financial year amid cancellations from brands and retailers.