Bangladesh To Get Half-Million Sinopharm Doses By May 12 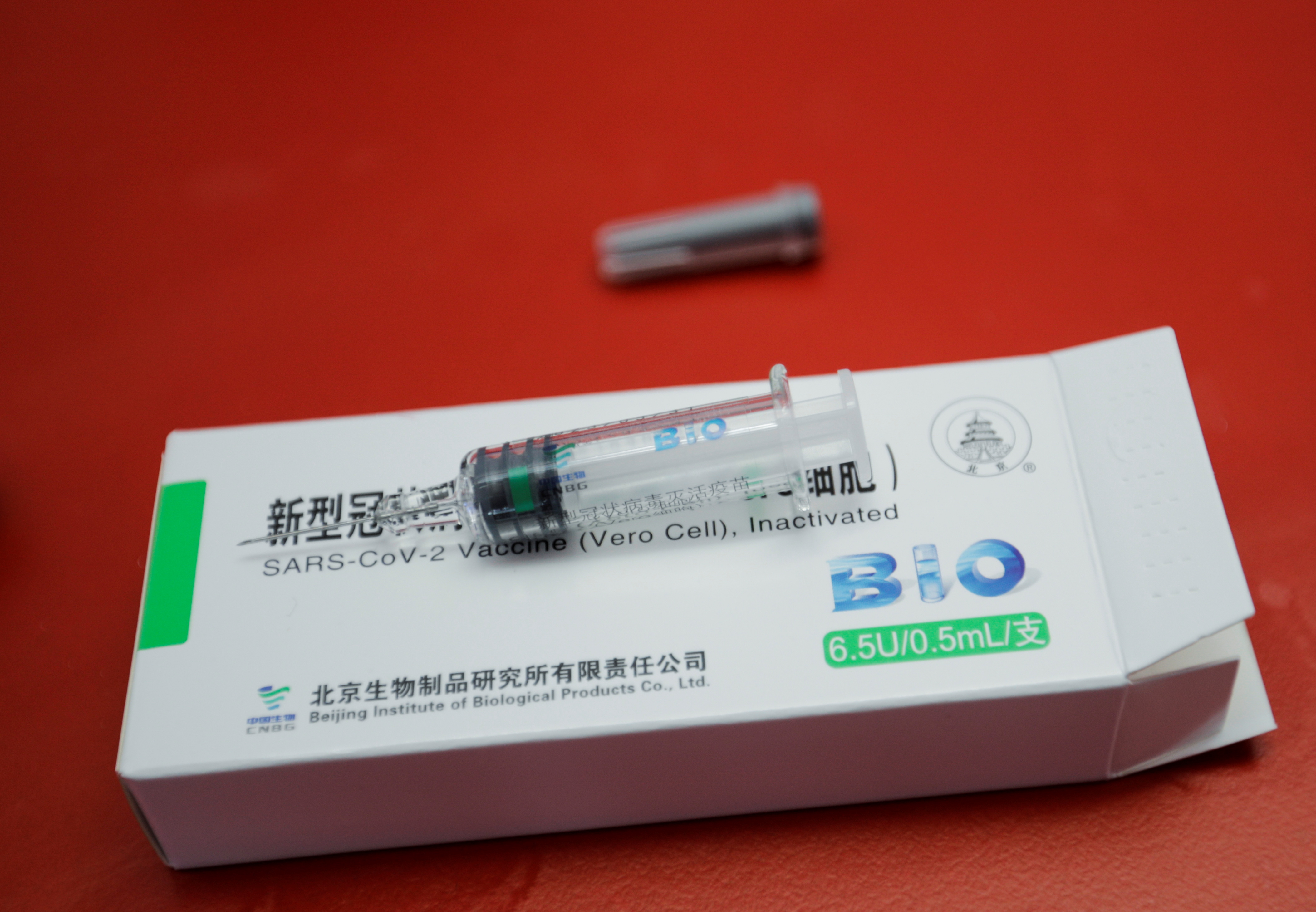 A syringe and a box of China’s Sinopharm coronavirus disease (COVID-19) vaccine are seen at a sport centre, as the country continues its mass inoculation campaign, in Stip, North Macedonia May 6, 2021. REUTERS/Ognen Teofilovski

“It’s the latest outcome of China-Bangladesh anti-pandemic cooperation which again shows that our two peoples are in the same boat and we will stand with each other till the end of this battle,” Jiming said.

The announcement was made virtually during an interaction with the members of the Diplomatic Correspondents Association, Bangladesh (DCAB).

“This is a new vote of confidence in China’s vaccines cast by the world. The Bangladeshi government also gave emergency use authorization to the vaccine a week prior to the WHO’s clearance, which I believe is a far-sighted decision,” said the Chinese diplomat.

He further said that China is dedicated to international vaccine cooperation. He added that the Sinopharm vaccine has already been recognized and used in over 50 countries and regions globally for quite some time.

WHO recently has approved Sinopharm for emergency use, giving the green light for this vaccine to be rolled out globally. Its efficacy is estimated to reach 79%, all age groups included, and is recommended for all adults aged 18 and older. It is produced by Beijing Bio-Institute of Biological Products Co Ltd, a subsidiary of China National Biotec Group (CNBG).

It is also said to be the first vaccine carrying a vial monitor, a small sticker on the vaccine vials that changes color with the exposure to heat, thus warning health professionals if any doses go bad.

As per the Chinese ambassador, China proposed providing the vaccine doses as a gift on Feb 3. He added that the demand for the vaccine is quite high and it will take more time to procure them commercially.

Meanwhile, the country’s foreign minister Dr. AK Abdul Momen on Saturday (9) said there is nothing to be worried about the availability of vaccines noting that the government will have enough vaccines soon from alternative sources. He added that Bangladesh is much ahead of many countries in the world in procuring vaccines.