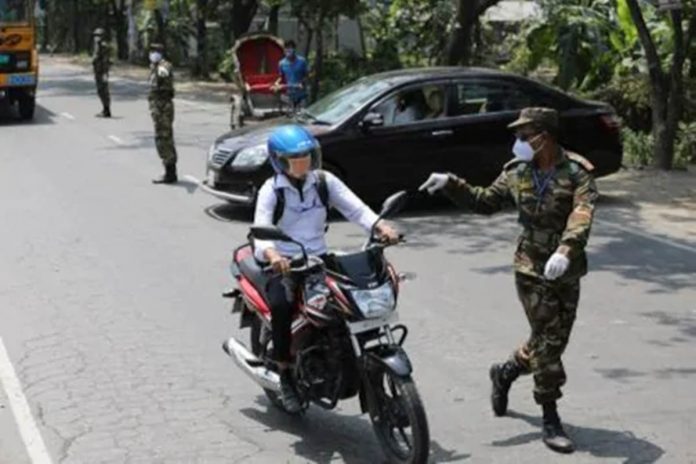 Bangladesh has decided to extend the nationwide COVID-19 shutdown for 10 more days until May 5 amid warnings of heightening risks of coronavirus infections in the country, including among doctors and healthcare workers.

To curb the spread of the novel coronavirus, the government initially declared a general holiday on March 26 for 10 days. Later, that was gradually extended till April 25 as the country kept seeing a rise in the number of cases and deaths from COVID-19.

The government will extend the nationwide shutdown until May 5, a Cabinet division spokesman told PTI as health-care officials said that the pandemic has spread to the country’s 58 of 64 administrative districts, indicating worsening situation of community level infections.

The spokesman said an official announcement on extended shutdown was expected soon.

His comments came as the Directorate General of Health Services (DGHS) reported that the virus claimed seven more lives in the last one day with all the deceased from Dhaka.

The country also recorded 414 fresh cases, increasing the number of confirmed cases to 4,186. DGHS additional director general Nasima Sultana said the cases were confirmed after examining 3,416 samples in the past 24 hours.

The statistics shows that over 45.51 per cent of infections occurred in Dhaka though several other hotspots were identified as well on the outskirts of the capital and elsewhere, she said.

Health officials, meanwhile, said doctors and healthcare workers appeared to be the worst victims of the coronavirus pandemic which has so far infected 334 medics, including 186 doctors.

Policemen are the second major professional group to be infected with the virus. Officials said until Wednesday, 217 policemen tested COVID-19 positive and 117 of them were on duty under Dhaka Metropolitan Police (DMP)

Heath Education Director Nazmul Islam Munna said the extended shutdown appeared crucial as due to the limited healthcare facilities and equipment including ventilators in hospitals, Bangladesh could be exposed to a severe situation if the pandemic continue to spread in a geometric pattern.

The situation we can see could be the tip of an iceberg……the shutdown should now be enforced strictly to ensure physical distancing, he said.

Munna said the people should voluntarily come forward for testing ?whenever someone feels the virus might have infected (and) both motivation and compulsion can be used as tools to expose them to testing.