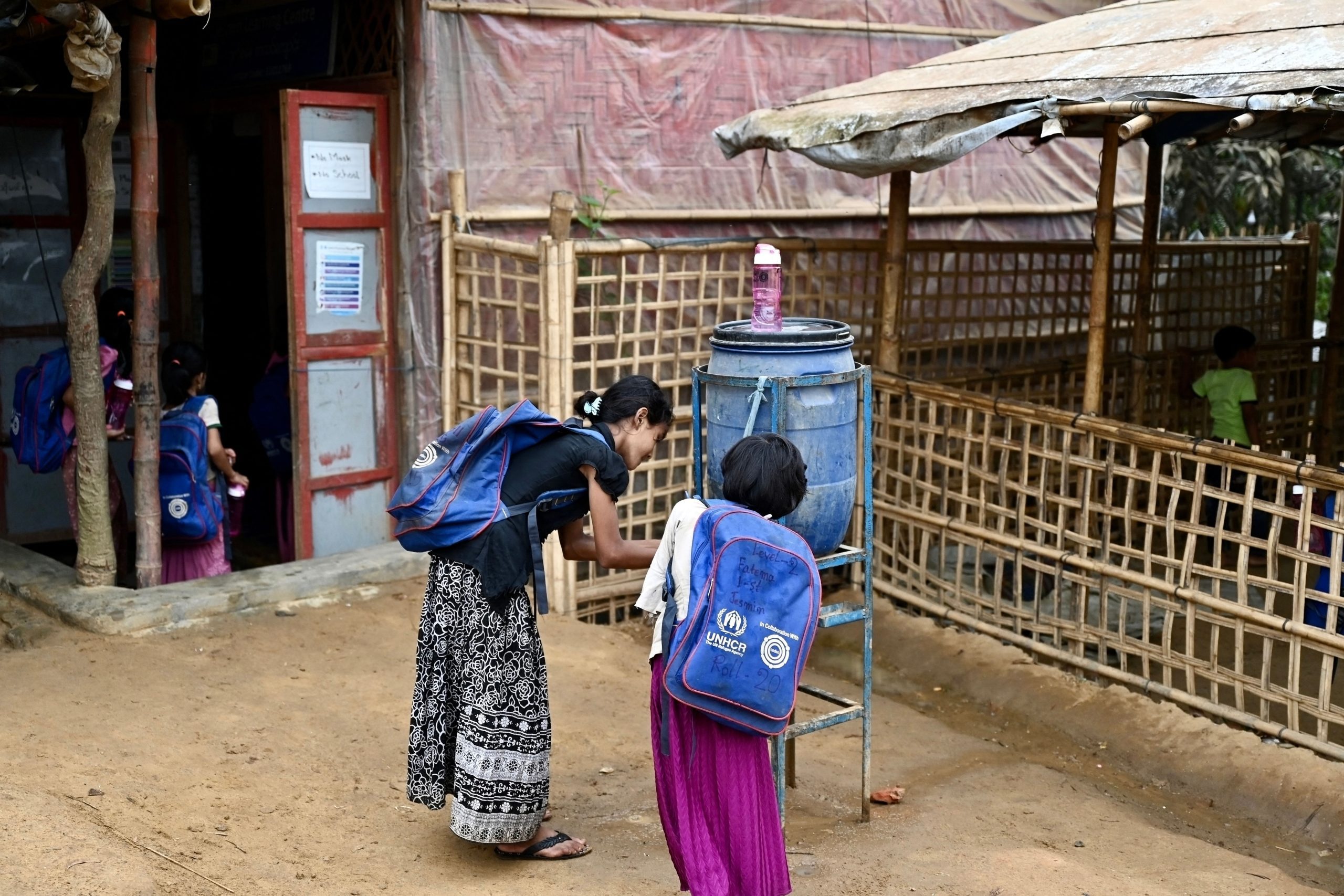 Bangladesh has shut the largest private school for Rohingya refugees, officials said Monday, in a further blow to the educational prospects of thousands of children stuck in vast camps in the country’s southeast.

Bangladesh has been sheltering about 850,000 Rohingya refugees from neighbouring Myanmar since a military offensive in 2017 that the United States this month designated as “genocide”.

Since December, Bangladeshi authorities have been shutting down schools set up by the Rohingya, and late last week it closed Kayaphuri School.

“One cannot simply open up and operate a school without having adequate permission. This is unacceptable,” a senior Bangladeshi government official told AFP on condition of anonymity.

The school was set up by Mohib Ullah, a prominent Rohingya community leader who was gunned down in September, allegedly by a Rohingya militant group that is accused of murdering opponents in the camps.

The private school, funded by teachers and better-off refugee families, taught around 600 older pupils the same curriculum as is taught in Myanmar, with the hopes that the students will one day return home.

Mohammad Mosharraf, 19, said he was in the middle of his final exams when the school was closed, with armed elite police taking away the only computer — as well as benches and whiteboards.

UNICEF runs schools in the camps but they offer education to children aged four to 14, leaving older pupils to go to private schools or Islamic seminaries — called madrassas — in the settlements.

Bangladesh provides no education facilities for the refugees.

Human Rights Watch (HRW) said last week that Bangladesh was threatening to confiscate refugees’ identity documents and forcibly relocate them to a remote island if they violate the ban on refugee-led schools.

“First the government blocked meaningful education for Rohingya children, then it closed the schools Rohingya set up for themselves, and now it threatens to banish teachers and students to a prison-like island,” Bill Van Esveld from HRW said.

A second Bangladesh government official called the statement “meaningless” and said any transfer to the Bhasan Char island was voluntary.

“They always see problems in our work. Can anyone simply erect a school anywhere and start charging students for it? It has to be done with proper paperwork,” the official told AFP on Monday.

Community leader Shamsul Alam said the shutdown of private schools and madrassas would have a “dangerous impact”.

“If they cannot go to schools, they will get involved in bad activities,” he said, alluding to rampant drug-trafficking and other crimes rife in the camps.

Nur Kashem, a grade-six student, said he did not want to “randomly loiter around in the camp roads”.

“I want to return home (to Myanmar) some day with my parents and become a schoolteacher there,” he said.

“When they go back to their homeland, the Rohingya people won’t get any good jobs. It will worsen their poverty. They will remain a backward community,” Liton told AFP.