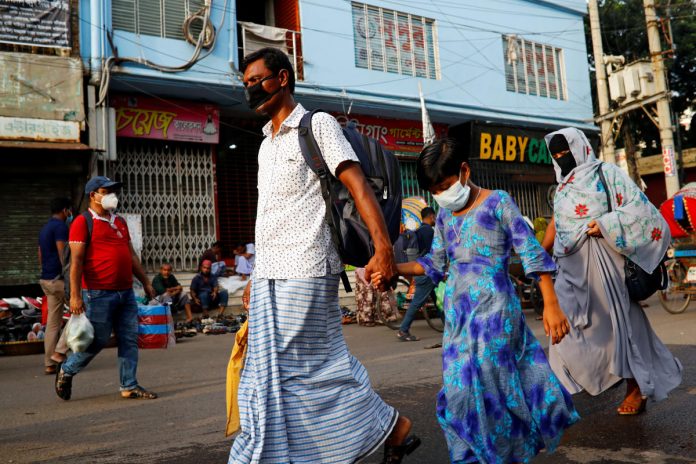 Bangladesh has registered 50 new fatalities from the novel coronavirus infection in a daily count, bringing the death toll to 3,234.

The tally of infections jumped to 244,020 with 1,918 people testing positive for COVID-19 in the 24 hours to 8 am Tuesday, according to the health directorate.

Another 1,955 patients recovered from the disease at home and in hospital care in the same period, raising the total to 139,860, DGHS Additional Director General Nasima Sultana said in a media briefing.

The official figures put the recovery rate at 57.31 percent, while the mortality rate currently stands at 1.33 percent.

A total of 7,712 samples were tested at 83 authorised labs across the country in the last 24 hours, 24.87 percent of which returned positive results, according to government data.

Globally, over 18.29 million people have been infected by the novel coronavirus and 693,968 have died, according to a tally by Johns Hopkins University.