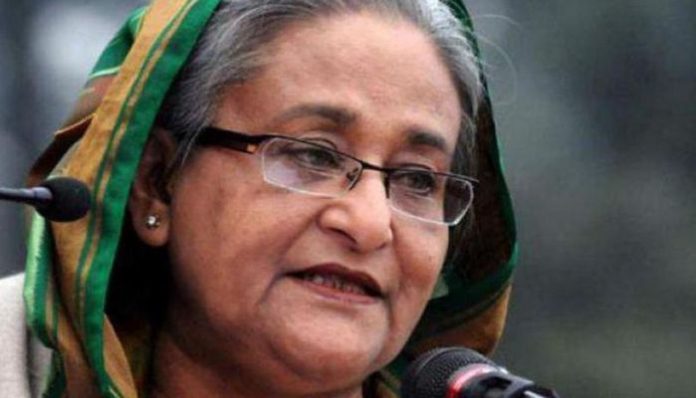 Bangladesh Prime Minister Sheikh Hasina on Tuesday assured the mother of a retired Army Major who had served her as a member of the special security force that a “proper” probe would be carried out into his killing by the police.

Major (Retired) Sinha Mohammed Rashed Khan, who took voluntary retirement two years ago, was killed in police firing on Friday at a check-post in Cox’s Bazar, triggering an uproar across the country.

Immediately after the incident, the authorities concerned withdrew 16 policemen, including the check-post in-charge.

“The prime minister assured Rashed”s family of carrying out a proper probe into the killing and trying the persons responsible (for the murder),” he told PTI.

The Home Ministry has launched an investigation into the killing, forming a high-level committee.

According to family members, 36-year-old Rashed used to make travel documentaries following his retirement and was staying at Cox’s Bazar for the last two months for making a film.

Rashed was killed when he was returning to Cox’s Bazar from Teknaf along with an associate in a private car, the Prothom Alo newspaper reported, citing an “intelligence agency report”.

The report said as the duo reached the check point, police halted the vehicle and after knowing Rashed”s identity, signalled them to proceed. However, they immediately stopped them again and ordered the duo to come out of the car.

The report said as Rashed came out of the car, the check-post in-charge inspector Liakat Ali shot him three times.

According to the report, the policemen delayed in taking Rashed to a hospital in Cox’s Bazar. When he was brought to the hospital, the doctors declared him dead on arrival and described the delay as an “ill strategy of police”.

Police is yet to issue any formal statement. A local police officer claimed that an altercation between Rashed and the policemen at the check-point took place after they halted his vehicle and attempted a search suspecting him and his associate as robbers. Rashed allegedly brandished his pistol, prompting the inspector to fire the gunshots in “self defence”.

According to the police officer, foreign liquor and cannabis were recovered during a search at the rest house where Rashed and his associate were staying.