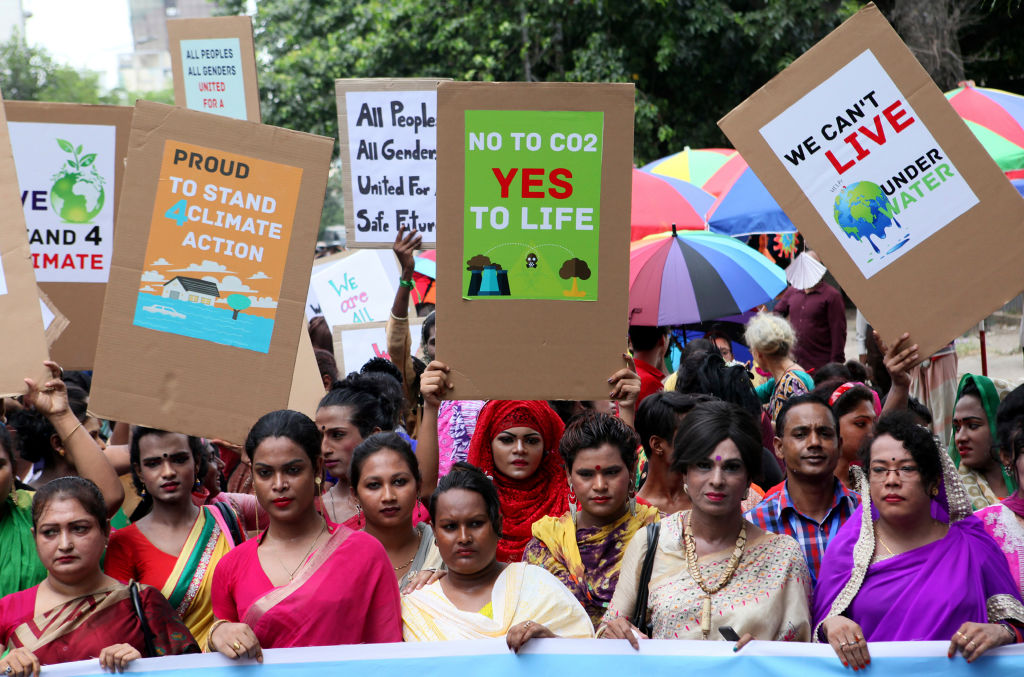 A religious charity has opened the first school in Bangladesh for hijras, a transgender community whose members face widespread discrimination in the mostly conservative Muslim society and often live in abject poverty.

Ostracised by their families, hijras are often banished from their homes at a young age. With no formal education, many are forced into begging and sex work.

“People who are transgender are also human beings, they too have a right to education, to live a dignified life,” said Abdur Rahman Azad, one of clerics who transformed the top floor of a three-storey building into the madrasa, an Islamic religious school.

The students will learn to read the Quran and the basic principles of Islam, but will also be taught Bengali, English, maths and receive some vocational training.

“We have a plan to open schools for them across the country so that no one is deprived of education. We are starting with just over 100 students, who will learn Islamic and vocational subjects. We wish to turn them into human resources.”

The government estimates there are about 10,000 hijras in Bangladesh but rights groups say the figure could be as high as 1.5 million in the country of more than 160 million people.

Despite a landmark government’s decision in 2013 to recognise hijras as a third gender, they remain marginalised in a country where same-sex sexual activity is illegal.

“I’m so thrilled. This school is a beacon of hope,” said Sona Solani, 30, a student at the school.

“We’re always looked down upon. We are not accepted anywhere, not even in our own house,” she told Reuters, her voice choked with emotion.

“I want to show the society that we can stand as equals and prove that we’re not limited to begging, that our lives are much bigger than that.”