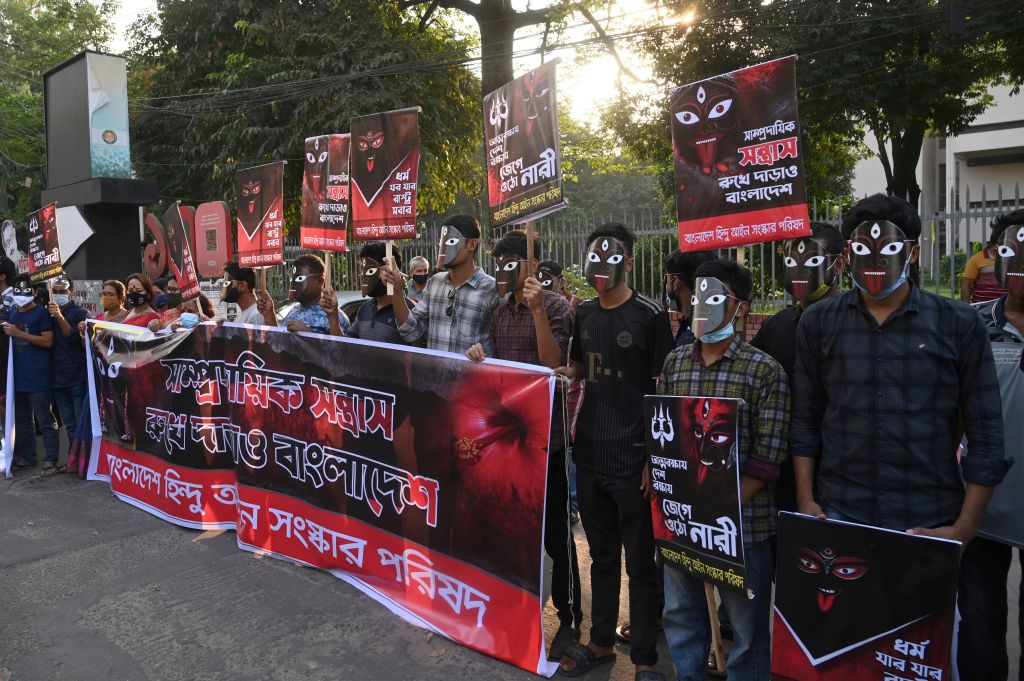 Condemning the attack on the Hindu community in Bangladesh the country’s National Human Rights Commission (NHRC) has said that communal violence in a “secular country” is not acceptable under any circumstances.

In its order, the commission directed the home ministry to probe whether there was negligence in preventing the situation of unwanted attack and whether the police played a proper role in controlling the situation,as per media reports.

“Communal violence in a secular country such as Bangladesh is not acceptable under any circumstances,” the commission said, according to Dhaka Tribune. The human rights body’s remarks come after reports of Hindu minorities being attacked in Bangladesh came to light amid rumours of alleged Facebook post slandering Islam.

Recently on Friday, the homes of the Hindu minorities were set on fire in Sahapara area of Lohagara, Narail, reported Daily Star.

The mobs went on a rampage after Friday prayers, saying that an 18-year-old man from the neighbourhood hurt their religious feelings on Facebook.

Locals alleged the post was made by Akash Saha, an 18-year-old college student in the village. They gathered after Juma prayers and protested in front of the student’s house, demanding his arrest, reported Daily Star.

As he was missing, the mobs spread to neighbouring homes of Hindu minorities– homes of people who had nothing to do with the Facebook post.

One of the victims of the rampage, Deepali Rani Saha shared the ordeals of vandalization whose house was burned down, reported Daily Star.

“After one group looted all our valuables, another group came and found our door open. As there was nothing left to loot, they set our home on fire.”

“I don’t know how long this threat of violence will haunt us. Who will give us justice? Who will give us security? … If I were in the house while they set it on fire, I would have died. God saved me. But is this any way to survive? All I have now is the sari on my body,” she added.

Deepali’s property was among the three homes and dozens of shops that were vandalized or burnt down in Sahapara village, reported Daily Star.

The police detained Akash’s father Ashoke Saha on Friday to “bring the situation under control”, while they prepared to file a case under the Digital Security Act against Akash.

None of the attackers has been arrested yet, reported Daily Star.