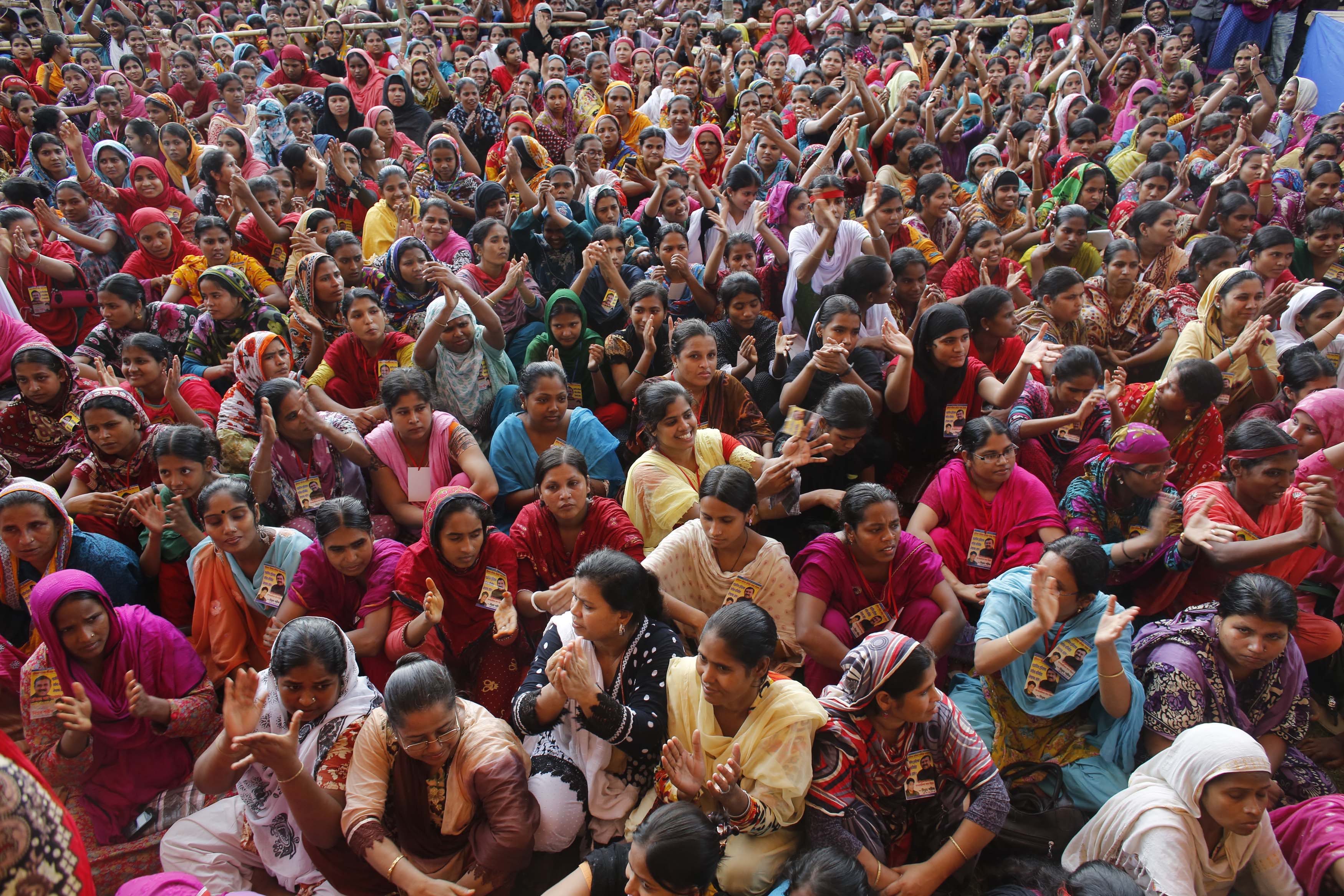 FILE PHOTO: Garment workers listen to speakers during a rally demanding an increase to their minimum wage in Dhaka. REUTERS/Andrew Biraj

Thousands of garment workers who produce items for top Western fast fashion brands protested against unpaid wages in Bangladesh’s streets, saying they were more afraid of starving than contracting coronavirus.

Bangladesh’s apparel factories account for some 84 percent of the country’s $40 billion export sector, which is facing its worst crisis in decades after retailers including H&M, Walmart and Tesco cancelled orders because of the pandemic.

The South Asian nation is the world’s second-biggest garment maker after China, with $35 billion dollars of exports a year.

Protesting workers say many factories have not paid them after the orders were cut.

Workers shouted slogans such as “we want our wages” and “break the black hands of the owners” as they blocked roads despite a nationwide lockdown to combat the spread of the deadly disease.

“We are afraid of the coronavirus. We heard a lot of people are dying of this disease,” protesting worker Sajedul Islam, 21, told AFP.

“But we don’t have any choice. We are starving. If we stay at home, we may save ourselves from the virus. But who will save us from starvation?”

The lockdown, which started on March 26, also forced the closure of the vast majority of the country’s garment factories.

“We have not been paid for two months. We are starving,” said another protester, who gave her name as Brishti, from the Tex Apparel factory in the capital Dhaka.

“If we don’t have food in our stomach, what’s the use of observing this lockdown?”

Some 5,500 workers protested on Monday while 20,000 turned out on Sunday, police inspector Islam Hossain told AFP.

“Some workers broke doors and glasses of a factory. But they were largely peaceful,” Hossain told AFP. No one was arrested.

Bangladesh has announced $590 million in loans for export-oriented factories to pay workers.