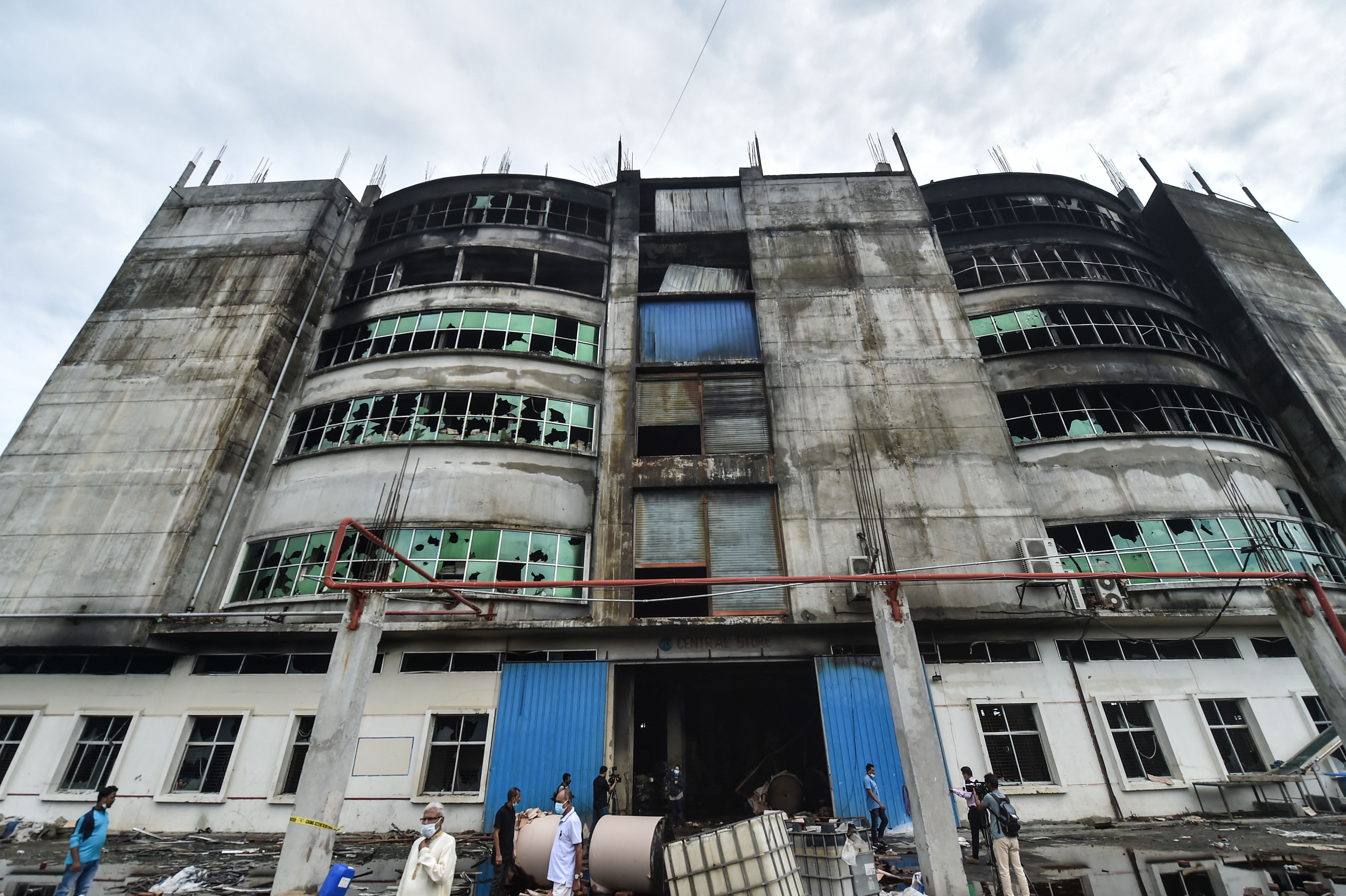 A view of a burnt beverage and food factory after a fire was put out in Rupganj on July 11, 2021. (Photo by MUNIR UZ ZAMAN/AFP via Getty Images)

THE OWNER of a factory where 52 people died in a fire was arrested for “murder” on Saturday as it emerged that children as young as 11 had been working there.

Police said Abul Hashem and four of his sons were among eight people arrested over the inferno, which broke out on Thursday and raged for more than a day.

A separate inquiry has been launched into the use of child labour at the food factory.

Jayedul Alam, police chief for Narayanganj district where the factory is located, said the entrance had been padlocked.

“It was a deliberate murder,” the police chief said, referring to multiple breaches of safety regulations.

Before his arrest, Hashem told the Daily Star newspaper the fire “may have been a result of workers’ carelessness” and a discarded cigarette could have sparked the carnage.

Emergency services found 48 bodies on the third floor of the Hashem Food and Beverage factory in Rupganj, an industrial town outside Dhaka.

The fire department said the exit door to the main staircase had been padlocked and highly flammable chemicals and plastics had been stored in the building.

Monnujan Sufian, state minister for labour, said inquiries had begun into the use of child workers at the factory.

Laizu Begum, who spent hours waiting outside the factory for news of her 11-year-old nephew, said he had been working on the third floor.

“We heard the door of the floor where my nephew worked was padlocked. Then we realised after seeing how big the fire was that he is probably dead,” said the woman.

Survivors said child workers at the factory were paid just 20 taka (£0.20) per hour.

Bilal Hossain, whose 14-year-old daughter was among the missing, went to the Dhaka Medical College Hospital morgue with a photo, begging police and doctors to find her remains.

“I sent my baby girl to die,” said Hossain, who added that the company owed the girl back wages. “How will I tell her mother?”

Chandu Mia held a photo of his 15-year-old daughter. “I am not sure if she is alive,” he said, holding back tears.

Bangladesh pledged safety reforms after the Rana Plaza disaster in 2013 when a nine-storey complex collapsed killing more than 1,100 people. But there has been a series of fires and other disasters since then.

Unions have said the latest disaster has again shown how labour and factory laws are poorly enforced.

It said the government must “apply renewed vigour in addressing the safety deficits in workplaces across the country”.