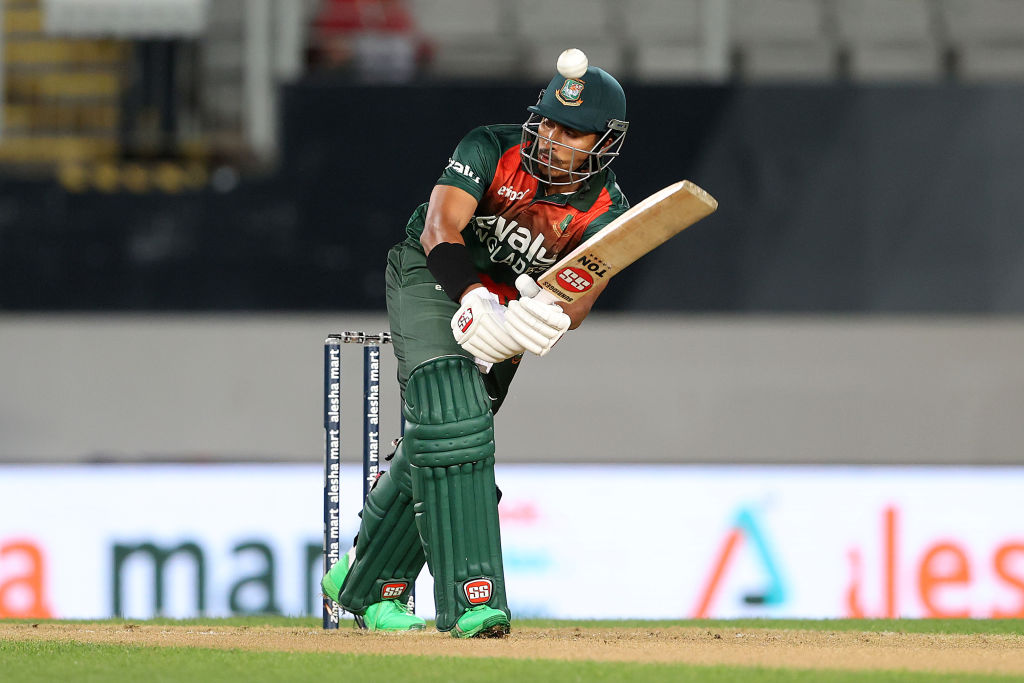 OPENER Soumya Sarkar top-scored with 68 as Bangladesh completed a thrilling run chase to beat Zimbabwe by five wickets and win a Twenty20 international series 2-1 in Harare on Sunday (25).

Set a challenging 194 to triumph, the tourists reached the target with four balls to spare when middle-order batsman Shamim Hossain hit a single.

Inspired by Wesley Madhevere (54 from 36 balls) and Regis Chakabva (48 from 22), Zimbabwe posted 193-5 as they sought their first success in a two-nation T20 series.

Not only did he top score, but his right-arm medium-fast deliveries yielded 2-19, the most impressive figures among the six Bangladesh bowlers.

They began the tour with victory in a one-off Test, then won all three one-day internationals. All seven matches were played behind closed doors in Harare because of the coronavirus pandemic.

“The boys showed their character, everybody contributed. Shamim played a crucial knock and it was a good show by the batsmen,” said captain Mahmudullah Riyad.

“I think Soumya is a useful all-rounder. When I gave him the ball, he got me two wickets and when the team needed him to stand up with the bat, he did so.”

Sarkar faced 49 balls and struck a six and nine fours before being caught by substitute Tarisai Musakanda at long-off after slicing a delivery from Luke Jongwe.

Solid knocks from Mahmudullah (34) and Shakib al Hasan (25) kept the runs coming and it was left to Shamim Hossain to take Bangladesh over the line.

He struck a four off the first ball of the final over to level the score and a single from the next delivery triggered wild celebrations among the tourists.

Zimbabwe skipper Sikandar Raza was disappointed but not downbeat after their best innings of the T20 series proved insufficient for victory.

“We improved with each game and I thought 193 was defendable on that track. Until the 18th over started, I was pretty confident we would win,” he said.

“The last two overs did not go to plan, but to see the youngsters standing up and making valuable contributions gives us heart and is a step in the right direction.”

While Madhevere and Chakabva led the way for Zimbabwe, there were also valuable contributions from Ryan Burl (31 not out), Tadiwanashe Marumani (27) and Dion Myers (23).

The only batsman to flop was Raza, who was out for a duck, his second of the series, and he was run out for four in his other innings.

Madhevere was out when he miscued a reverse sweep and was caught at short third man by Shoriful Islam after having struck six fours.

Chakabva hit six sixes before being dismissed by a spectacular catch with Mohammad Naim flicking the ball back at deep midwicket and Shamim stretching to grab it.