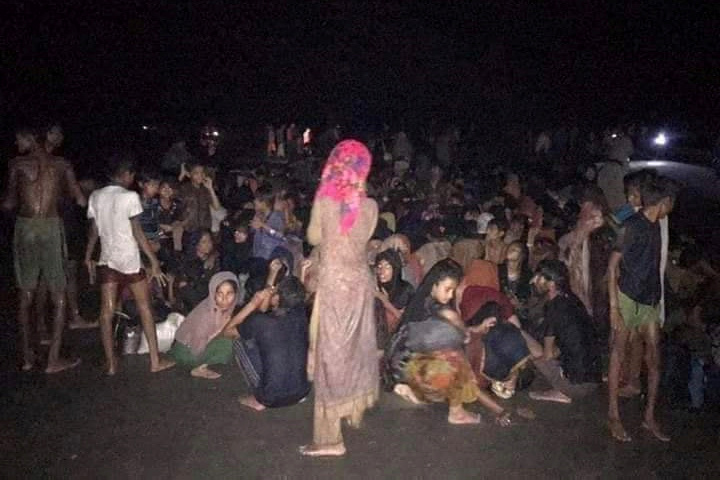 AT LEAST 32 ethnic Rohingya died on a ship that drifted for weeks after it failed to reach Malaysia, officials of the Bangladesh coast guard said on Thursday (16), following the rescue of 396 starving survivors.

For years, Rohingya from Myanmar have boarded boats organised by smugglers in the hope of finding refuge in Southeast Asia, usually making voyages during the dry season from November to March, when the waters are calm.

A human rights group said it believed more boats carrying Muslim-minority Rohingya were adrift at sea, with COVID-19 lockdowns in Malaysia and Thailand making it harder for them to find refuge.

“They were at sea for about two months and were starving,” a Bangladesh coastguard said, adding that the ship was brought to shore late on Wednesday.

The 396 survivors would be handed to the U.N refugee agency, said the official, who had initially said they would be sent to Myanmar. The official also revised the death toll to 32 from 24.

Video images showed a crowd comprised mostly of women and children, some stick-thin and unable to stand, being helped to shore. One emaciated man lay on the sand.

One refugee told a reporter the group had been turned back from Malaysia twice and a fight had broken out onboard between passengers and crew at one point.

“We understand these men, women and children were at sea for nearly two months in harrowing conditions and that many of them are extremely malnourished and dehydrated,” the UN refugee agency UNHCR said.

“UNHCR is offering to assist the government to move these people to quarantine facilities,” it added in a statement that also offered medical attention.

Buddhist-majority Myanmar does not recognise Rohingya as citizens, and they face severe curbs on freedom of movement as well as access to healthcare and education.

Myanmar denies persecuting Rohingya and says they are not an indigenous ethnic group but immigrants from South Asia, even though many of them are able to trace their ancestry back centuries.

More than a million live in refugee camps in southern Bangladesh, the majority having been driven from homes in Myanmar after a 2017 military crackdown the army said was a response to attacks by Rohingya insurgents.

Rights groups fear virus curbs across southeast Asia could trigger a repeat of a 2015 crisis, when a crackdown by Thailand prompted smugglers to abandon their human cargo at sea on crowded, rickety boats.

“Rohingya may encounter closed borders supported by a xenophobic public narrative,” she said.

“COVID-19 cannot be used to deny access to territory to desperate refugees in distress. Another maritime crisis in the Andaman Sea, as in 2015, is unacceptable.”